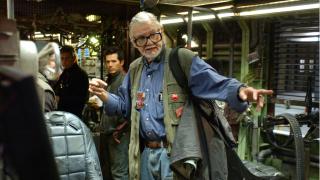 Eric Red, who directed "Body Parts" and is apparently not a Viking, has been picked to direct the big screen adaptation of "Dead Of Night". The film is based on a book by the same name and follows a small town cop trying to fend off a zombie outbreak. Red will also be writing the script for the movie which I assume will also have no Vikings in it. I know, I'm disappointed too.

"Midnight Special" is a really great Creedence Clearwater Revival huh? Good now that we've got that out of the way let's talk about Kirsten Dunst who has just been cast in a movie with the same name. It's about a father who finds out his 8 year old son has supernatural powers. CCR has nothing to do with the movie and as far as I can tell observations I made here are in no way connected. You're welcome.

George A. Romero has wrapped up writing the script for "The Zombie Autopsies" and is shipping it out to studios in the hopes it will be his next directing project. Based on a book by the same name the film focuses on a group of doctors trying to find the cure to a zombie people disease on a small island. Do they still call it "zombie people disease"? I never know what the term is suppose to be these days. Romero kind of looks like Stan Lee doesn't he? Let's move on,

It's the end of summer and not a damn thing is going on so here's an "Evil Dead" themed bikini that you can buy on Etsy. Because who doesn't want a giant face with spiked teeth on their cooch.

Wait did I know there was a "Poltergeist" remake in the works? I feel like I might have known that. I feel like I might have started a post with this same stupid joke before too. Rosemary Dewitt has been cast in the lead role of the 'hey you built your house on top of an indian burial ground' film so I'm assuming they're doing a remake. What a terrible joke this is to play on here if there really isn't one in the works.

I am a big ol fan of George A. Romero's "Dawn Of the Dead". A super big fan even. But at no point did I ever say, "Hey this needs to be shown in 3D". Despite that thought a 3D conversion is in the works and it look like there might be plans to put the film out in theaters again. No release date has been dropped but apparently the conversion is about a third of the way done so we will see how this all goes. I mean I thought "Nightbreed" only needed to be an hour and 15 minutes so maybe I'm all wrong about this conversion. I'm just a big dumb penis after all.

"Hustle & Flow" is one of the greatest movies ever made and Terrence Howard is one of the greatest actors or all time. There's no arguing that. Any jackass who knows his ass from his hand can figure this out. So now that he's been cast in M. Night Shyamalan new Fox series "Wayward Pines" I have fairly high hopes. The show will focus on a secret service agent who comes to a small town looking to find to missing agents. Stuff happens I guess, but nowhere do I read a description of a rapping pimp that he encounters so maybe my hopes aren't as high as I thought they were.

Never let it be said that I don't love an extended version of a film. Never! In fact I am rather smitten with the news that to celebrate the film's 40th anniversary the folks at StudioCanal will release "The Wicker Man: The Final Cut". To be released in the UK on DVD this coming October, and hopefully in the US shortly after, the classic film tells the story of a police officer sent to a remote island to investigate the disappearance of a young girl. Seriously, If there's one thing I say about movies it's "Hey could you tack on another 45 minutes to that gosh darn thing already? I'm trying to watch a movie here!". 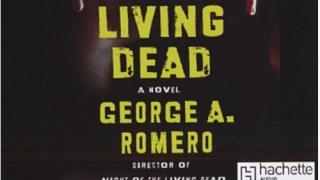 Ahh bizkits! A few months back the BGH crew got a full on robot chubby (name the movie) when we watched "Tucker and Dale vs Evil" and now it looks like the horror comedy is finally getting a DVD and Blu-Ray release. November 29th is the day you can get your disgusting little mits on this romp about a weekend vacation gone wrong. I'm sorry about the disgusting mits comment, I just get so excited sometimes.

Hammer Films' "The Woman In Black" kind of came out of nowhere but hot diggity dog if it hasn't captured my heart and mind. Maybe it's because it's got Harry Potter in it or maybe it's because I'm a sucker for creepy kids. We may never know. But today we've got a new motion poster for the flick that hits theaters on February 3rd. Just to be clear Daniel Radcliffe is in the movie, it isn't really Harry Potter.

If you didn't play "Red Dead Redemption" then I'm not sure I want to be your friend anymore. The game was super dope to the max! And now Christian Cantamessa, the lead designer on the game, is directing and co-writing a new flick called "Wake Cycle". The movie takes place in an underground facility where two workers find they're running out of air after a nuclear fallout. I'm just kidding about the friend thing, I don't know what I'd do if I lost you.

George A. Romero looks to be eyeing a film version of the book "The Zombie Autopsies" which is about a group of scientists who discover that zombie apocalypse was actually brought on by a group trying to topple the economy. Nothing is confirmed on the project and right now it looks like the idea is just a twinkle in Romero's cataract-addled eye but the project sounds right up his alley. And by that I mean boring and confusing to me.

Katrina Bowden from "30 Rock" and "Tucker and Dale Vs. Evil" is the latest hot chick to be added to the cast of "Piranha 3DD". As we all know Gary Busey was also added to the cast last week and while it hasn't been confirmed I think it's pretty obvious that we now know who will be involved in the movie's love story. I'd like to think the chemistry will find it's way off screen as well and we'll have Hollywood's next power couple.

"Cobra the Space Pirate" is some sort of Japanese animated series that I'm sure someone I went to college with told me was "completely insane" while I didn't get any action at a party, and for that reason alone I now hate it. But alas there's a movie being made about it and today we've got our first look at the poster for the flick. If it gets you excited you're only a little over 2 years away from it's summer 2012 release.

If you're anxiously awaiting the release of "Haunted 3D" then you're one step ahead of me because I've never heard of the damn thing until 10 minutes ago. But that doesn't matter because a handful of theaters will be showing India's first 3D flick this coming weekend. Of course none of the selected theaters are in major cities so you big wigs can suck it. Jersey's got 2 of the 8 selected locations!

Starting today you can get your grubby mits on "Call of Duty: Black Ops Escalation - Call of the Dead" via Xbox Live and to celebrate a new poster has hit the tubes for the game. In the Black Ops add on you can actually play as Robert Englund, Danny Trejo, Michael Rooker and Sarah Michelle Gellar and none other than George A. Romero is featured in the game as a zombie. Which is exciting because there's numerous movies I'd love to shoot him in the face for. Score!