No one besmirches the great name of Laurence Fishburne, and other things we learned this week... 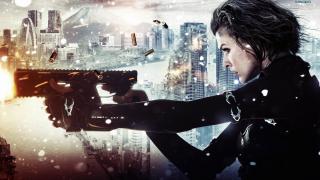 The world demanded it and the good people at Universal answered our prayers. I speak of course about "Death Race 3". While nothing has been confirmed there's word around campus that Paul W.S. Anderson will be writing the script for part 3 and Danny Trejo will return. Tanit Phoenix will also be back and that's exciting for all of us because according to IMDB she's played a stripper in about 8 movies and starred in something called "Kamasutra Nights". Let the Oscar buzz begin!

This afternoon I was down at the Manhole for lunch and the rumors flying around there are that none other than Paul Walker, Texas Ranger is in talks to play Kyle Reese in the much anticipated "Terminator 5". Of course that's not his real name but it would be awesome if it was. Anyway Justin Lin, who directed Walker in the last "Fast & Furious" movie is set to direct... I trust my fellow foodies down at The Manhole on this one. The lunch buffet is delicious, don't judge.

Pultizer Prize winning playwright David Lindsay-Abaire is being taken out for a lovely steak dinner by the people at MGM in the hopes that he will write the much discussed "Poltergeist" remake. No word on if he'll accept but if he orders dessert it's pretty much understood he has to, especially if it's the 3rd date.

"Buffy" fans, it's time to arm your keyboards and get ready to hit the message boards. The folks at Vertigo entertainment are getting ready to relaunch "Buffy" once again. The folks at Vertigo are teaming up with the original movie direct Fran and Kaz Kazui to throw together this big screen take. The promise is a relaunch and not a sequel or a prequel. Can the fandom handle a non Whedon buffy with yet another perky blonde stepping into the slayer's shoes?

Sad news for "Castlevania" fans; the Paul W.S. Anderson big screen adaptation is officially dead. No more chances of Simon Belmont and clan on the silver screen. Could this be a sign of the end of video game movies?

Despite reports of raucous boo-ing and general hate for "Antichrist" at the Cannes Film Festival, lead actress Charlotte Gainsbourg was named Best Actress of the festival. It's seldom that horror is given any accolades at such events so kudos to Gainsbourg for drawing the nod despite the widespread distaste for the moving coming out of France.