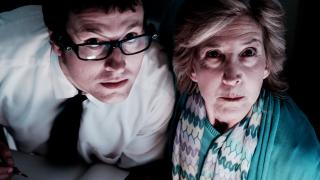 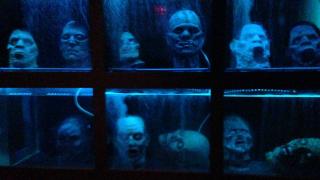 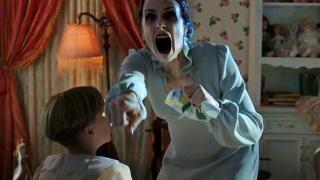 If you liked "Sinister", and it seems like a lot of you did, then you're going to be excited to find out that the film's director Scott Derrickson has been tapped to bring Stephan King's "The Breathing Method" to life. The story follows a woman who becomes obsessed with a child birthing method that a doctor teaches her while she's pregnant with her illegitimate child. It's a Rom-Com? I didn't know King wrote those.

Did you watch "The Walking Dead" season premiere on Sunday night? Of course you did. Everyone in the world did apparently because it set a new record for a basic cable premier, with over 10.9 million people tuning in. That doesn't even take into account the folks who hunkered down to watch the flick on DVR later that night. Or the people who DVRed with hopes of watching it that evening but instead spent an hour in their daughter's room begging her to just go to sleep only to have her laugh in their face. Those people should count.

James Wan recently dropped some knowledge on the state of the "Insidious" sequel. Apparently no story has been finalized but Wan is making a conscious effort to stay connect to the project and not let it stray from his original vision. So that's good news? We're excited? I'm Ron Burgundy?

"The Warren Files" is a new 4 hour documentary of people reading facebook posts about actor Warren Beatty. Iit's being directed by "Insidious" love child James Wan and has just received a release date of January 25, 2013. Wait no, I'm sorry. That's completely wrong. It's about some sort of haunted Rhode Island farmhouse or something. I have no idea where the Warren Beatty thing came from.

I'm so jacked up on coffee and Swedish Fish right now that I can't even see straight, but I think "Dragon Wasps" is going to be the next "Avatar". It's coming to DVD on September 24th. It's about giant freakin' wasps that fly around the freakin' rainforest killing people. I hope they make a sequel where they fly around the Rainforest Cafe. That would be so god damn awesome.

We all love the 1985 classic "Re-Animator." If you don't, you're some kind of prick face or something. Prick faces don't get to enjoy the new exciting Blu-Ray version of the flick that will hit shelves on September 4. They also wont get to view the documentary being included, or the interviews, or listen to the audio commentary. They will also not be invited to my annual BBQ and POG trading jamboree this year. Sucks to be you, prick faces.

Something called "Bloody Bloody Bible Camp" is going to be hitting VOD, iTunes, Amazon and smoke signals this Friday. I don't think I really need to explain anything else.

The internet, is there anything it can't do? Why just yesterday some nerd sitting in his parent's basement discovered that Sony registered the domain Insidious2movie.com, leading you to believe "Insidious 2" is very much in the works. This is all very interesting but don't you nerds know there's buckets of pron on the internet? What the hell are you doing checking on horror movie domains?

A new "Twilight Zone" movie has been kicking around for a while now and as the hot balls of Hollywood keep rolling a writer for the script has come into the light. Anthony Peckham, who brought you "Sherlock Holmes" has been picked to write the story for the film which added Matt Reeves as it's director a few weeks back. I have absolutely no idea what I'm talking about anymore.

Jesse Eisenberg, the guy who invented Facebook but not really, is all kinds of pissed at Lionsgate Entertainment for putting his sexy mug all over the promotional items for their flick "Camp Hell", a B-Horror flick that Eisenberg had a small cameo in. So pissed in fact that he's filed a for $3 million lawsuit saying the company is trying to profit from his now super famous name. If he can get $3 million it leads me to believe that I could at least get a couple hundred from that furniture store in Schenectady that used my photo to promote their end tables. I'm on a podcast, bitches! 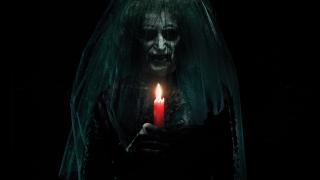 We discuss James Wan's "Insidious" and Louis and I debate who had the scarier childhood. Spoiler alert... Louis wins.

A new red band trailer for "Hobo with a Shotgun" has hit the nets and it's everything you could want and more. And by more I mean there's a Santa who gets his head shot off. Unless that is something you want, in which case I suggest you seek help immediatly. It's Santa you sicko.

A new trailer for "Insidious" chock full of random quotes from websites I've never heard of has found it's way online and the obvious question is why I haven't been contacted for a quote. I know the movie comes out today but it can't be too late to get in on this. Here goes, "Insidious" is the most frightening movie to ever be invented and will make you soil yourself in the best way possible! I'm a whore.

The MPAA has emerged from their castle high atop the mountain of doom and bestowed a PG-13 rating on the upcoming vampire hunter flick "Priest". I think you can say the F word once with that rating right? Oh man I hope they do it during some awesome fight scene or something. Like Priest kills a bunch of vampires and then looks at the screen and goes "Fuck yeah folks!". So awesome.

Well that's a bummer. David Ellis calling his next project "Untitled Shark Thriller 3D" was apparently all a big joke! The movie will in fact be titled the much more boring "Shark Night 3D". You think I like to be made a fool of, David? It's going to take a lot for me to get over this betrayal.