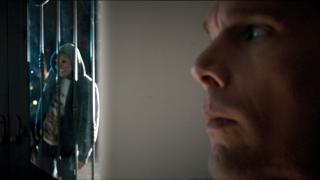 Find out why Schnaars' new nickname is "The Polite Stranger"... 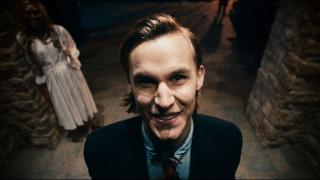 Many people on Twitter pooped themselves during this movie... find out if we had the same experience.

"Twilight" producer, AKA chief glitter consultant, Mark Morgan has just lined up a big screen adaptation of the graphic novel "Head Smash". as his next project. The book with pictures tells the tale of a man who discoveries a serum that gives him super powers and uses it to take revenge on a crime circle that betrayed him. The glitter thing was the only "Twilight" joke I know.

Dave Kajganich, of "Blood Creek" fame, has been tapped by the folks over at Universal to write the script for the upcoming remake of "The Creature From the Black Lagoon". This can't turn out any worse than the "Wolfman" remake so let's keep our chins up on this one. Or not. Honestly I just ate some cookies from a Chinese restaurant and my mouth is numb. I'm kind of worried.

Ethan Hawke's award winning personality helped "Sinister" pull in a respectable $18.3 million this past weekend. Not a ground breaking number but when you consider the flick was only made for $3 million than you start to feel some baby quakes. That may also be these cookies though. I can't see out of my left eye.

The first still from "The Evil Dead" reboot has hit the tubes fresh off a hot unveiling at this past weekend NYC Comic-Con. Not going to lie, it's pretty freaking creepy. I also can't lie about the fact that there's some sort of weird film on my teeth now and brushing doesn't seem to do anything. 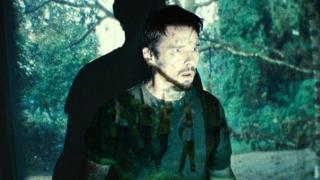 ABC has officially picked up the new series "666 Park Avenue" which focuses on a couple who tend to an apartment building full of spooky time happenings. Not going to lie I thought they had picked up the show months ago but what the hell do I know. I could be pulling your leg about this entire thing. Maybe there isn't even a show. Maybe ABC isn't even a real station!

Most of us know Caroline Williams as Stretch from "The Texas Chainsaw Massacre 2" but now the final girl has been cast in a new film titled "Contracted". The film is about a young woman who contracts what she thinks is your average run of the mill STD during a one night stand. Williams will play the girl's mother and confidant when that not so fresh feeling takes over.

BGH's own fancy lad Jon really loved "Daybreakers" so he'll be moistening up his pantaloons when he hears the news that the films directors, the Spierig Brothers, and Ethan Hawke are once again teaming up for a new film. Titled "Predestination", the film follows a secret Government agency who sends their grunts through time to stop murderers and terrorists. Pretty sure there's a new Bruce Willis movie titled "Looper" coming out with almost the same exact plot. I blame you, Jon.

The John Landis produced joint "Some Guy Who Kills People" will see it's way to a DVD release on July 3rd for your viewing pleasure. The DVD will be chock full of commentary, extra footage and the short that inspired the film about a man who snaps and takes out his anger on a group of High School bullies who captured and tortured him. There's also an ice cream parlor, so there's a little something for your sweet tooth, Hans.

In the new action flick "Area", which has a new trailer, Samuel Jackson plays the mastermind behind an online gladiator show where folks can vote on whether contestants get to live or die. Yes this is pretty much the same thing as "The Running Man", "Death Race" and countless other flicks but those have all been missing one thing. That's right, Samuel Jackson doing the same "I'm a bad as" shtick he did almost 20 years ago in "Pulp Fiction". I know the rest of those movies are going to suck after this.

Against my better judgment I've been on board for the "Fright Night" remake since it was announced. You know me, I'm an optimist. And from the first few trailers and clips I've been pleasantly surprised that the flick doesn't look that bad but I also realized I hadn't seen much of Peter Vincent, the lovably old timey horror host from the original. Well here's a new clip which is chock full of Peter and can someone tell me who the hell this Russell Brand looking ass-clown is? Booo on your "Fright Night". Boo!

Ethan Hawke has signed on to play the lead in a new found footage movie from Jason Blum, the producer behind "Paranormal Activity" and it's sequel. The film will reportedly have a budget of only 5 million and Hawke will play a writer who investigates murders and discovers home video footage that helps to unravel the details of one grisly crime. Jason Blum will play a producer who keeps doing the same crap and makes millions off of it.

The much discussed Kevin Smith hate letter to the Midwest in video form "Red State" will finally find it's way onto DVD and Blu-Ray on October 18th and now there's a gaggle of new details emerging around the special features. Audio commentary with Smith, Smith's Sundance speech, a making of documentary, and deleted scenes and posters both introduced by Smith. Sounds like like a lot of exciting stuff but you should know that anything including Smith is going to mostly be him shoveling Ring Dings into his giant gullet and rambling about being "underground" and "indie" because he charges people 70 bucks to see his movies.