How the hell the Germans have kept this clip from "Psycho" a secret for so long is beyond me but here it is, extended scenes from some of the film's classic shots that were apparently too hot for us American's back in the day but were A-OK for the Krauts. I wonder if they have the real ending for "The Sopranos" sitting around somewhere too.

"Snow Piercer" sounds like the name of a terrible cover band but it turns out it's the titled of Bong Joon-ho's new film. The movie tells the story of a group of people trapped on a train after the earth has been completely frozen. Who would you want as a fellow passenger on that train? If you said "Alien" alum John Hurt then you're in luck because he's been confirmed for the cast. If you said anyone other than him though you're kind of screwed.

Yesterday I told you how "The Crow" remake looks to be back on and today it appears a new writer and director have already been selected. Jesse Wigutow, who wrote some short films I will never see has been tapped to pen the script and F. Javier Gutierrez who directed "Before the Fall" which I'm 75% sure I saw will take the lead. Seriously, if you've never been to Hooters you should give it a shot. Their wings are so god damn good.

This can't be good news. It looks like that Lily Collins has officially dropped out from the lead role in the upcoming remake of "The Evil Dead". Apparently the drop out is because of "date issues". I assume this means she wants to go out on a date with me and just found out I'm married so she's too depressed to act. That's just my guess. 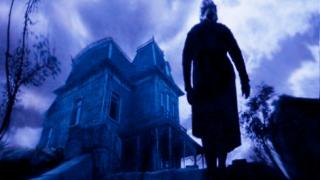