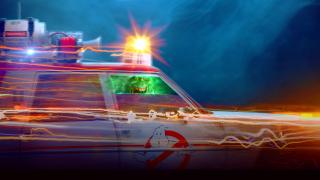 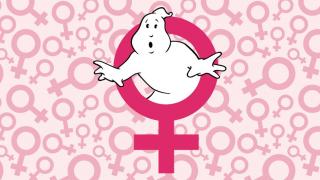 Katie Dippold, Writer of "The Heat", Confirmed as Writer for Ghostbusters Reboot 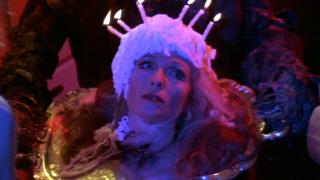 Ivan Reitman wants to remake "Ghostbusters" now. Why the hell not already.

Barry Sonnenfeld, the guy who directed all three "Men in Black" films, has been tapped by the folks over at Warner Brothers to helm the big screen adaptation of the graphic novel "Lore". The film will focus on a man who becomes a member of a secret order that protects the world from folk bands. I kid it's got something to do with beasts or something. Dwayne Johnson is going to star. I adore him.

Holy crap don't you just love a good spoof movie? Did someone say "Scary Movie 19"!? Sign me up! And while you're at it serve me up a hot plate of "Supernatural Activity" which has just been bitch slapped with a November 9th DVD release. I'm not going to bother telling you what it's about because you can probably guess from the title but I will answer that one question that's burning in your loins right now... yes the guy from "My Sucky Teen Romance" is in it.

AMC is just cutting right to the chase and confirming that "The Walking Dead" will in fact get a fourth season. That's got to take a lot of pressure off the third season, huh? Have they finished filming yet? If they haven't I bet they will tomorrow.

I don't care what anyone says, I'm excited about
"The Darkest Hour". Mostly because I'm a travel buff and the story focuses on a group of teens trapped in Moscow during a strange alien attack. And today we've got a cool new motion poster for the flick. I have no clue where these things show up but I want to see it in person. I also want to visit Dorney Park for their Halloween Nights. That's the ad I got before the video of the poster. It looks more fun than the movie to be honest.

Looks like the good people at Sony Pictures plan on releasing the original "Ghostbusters" back into theaters sometime in late October, most likely around Halloween. With the third installment of the franchise taking its sweet ass time to get going this is probably the only slimer action you're going to get for a long time. Unless that start running those old cartoons they made from the films. That's probably not going to happen though.

From the trailers and stills I've seen I'm still completely lost on what the new FX series "American Horror Story" is about but according to their site it focuses on a family that moves into a creepy house after the father does some diddling on the side. Well now we've learned that Sarah Paulson, who you probably know from "What Women Want" has joined the cast for 4 episodes. She'll be playing a medium that plays a big role in some sort of story arc. You're welcome for all this useful information.

"The Wolfman", due in theaters February 12th, becomes even more worrisome as the studio brings in a new editor late in the development. With reshoots, new editors and the like, is there any hope of this being a good film? (Editor's Note: NO)

Have you been thinking to yourself, "Boy, I wish Brittany Murphy would do a horror movie!" Well, then you're in luck as the trailer for her new direct to video scare "Deadline" hits the web.

Did you like that Brittany Murphy news? Well guess what, I'm going to blow your mind. She has a second horror film coming out in limited theaters December 4th called "Across the Hall" and lucky you, you can watch the trailer right here!

Is it horror? Not really. Is it pretty cool? Yah, kind of. Is it too late to add to your Christmas list to Santa? Let's hope not. Minimates releases a new series of "Ghostbusters" figures, and they look so cute! 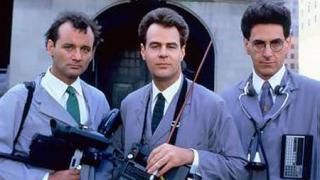 We take on lighter fare this week as we review "Ghostbusters", as well as the sequel and the recently released videogame.