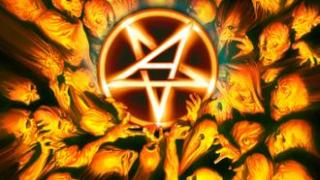 Franck Khalfoun, who directed "P2" and apparently loves fedoras is being eyeballed to direct the remake of the much loved 1980 classic "Maniac". For those of you who are not up to date on the film it follows a serial killer who takes out his mommy issues on a bunch of women in NYC. Who can't relate to that.

I have no idea what "The Girl With the Dragon Tattoo" is about but everyone and their mother seems to be gaga over the books and excited about the movies. Now here's the first still from the film and I can officially confirm that I have no desire to know anything about this movie or book because I assume it's about crack whores with stupid face piercings I can not support that. If you do you hate freedom and apple pie.

Scott Ian is a guy you know from every shitty VH1 show where they reminisce about some crappy decade but may be surprised to know is actually in a band called Anthrax. Well now Scott's also a full fledged zombie because he's been transformed for "The Walking Dead" web series. He sounds really excited about it and blogged the crap about his experience with pics to boot so enjoy. Am I the only one who only liked John Bush era Anthrax? I can't be. Joey Belladonna's perm makes me uncomfortable. 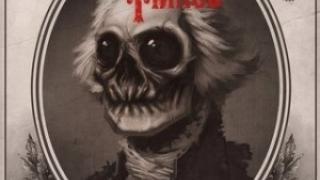