I love TV shows with a solid will they/won't they theme, even when it's based around a mother and son relationship like "Bates Motel". What can I say I'm a sucker for love. So I'm giddy with delight to find new info on the second season of the show which hits A&E on March 3rd. I mean as giddy as you can get when you realize the plot for season two is really just a continuation of season one, Norman continues to lose his crap, his mother tries to cover up some murder type things, a cop starts to catch on and blah blah blah the brother sells drugs or something. You've missed this kind of hot late breaking news haven't you?

I could have sworn Kevin Smith retired 12 years ago but he keeps putting crap out so I'm assuming it's like a Jay-Z type retirement where you announce it to get some attention and then just keep on doing the same crap you've always done. Case in point. "Comes the Krampus!", a new holiday anthology flick he just finished the screenplay for that focuses on everyone's favorite Scandinavian Christmas time monster that eats kids instead of bringing them presents. No real word on next steps for the project but it's planned for a holiday release sometime in the next 10 years.

"Terminator: Genesis", the upcoming "The Terminator" reboot, has apparently lost itself a financial backer. Megan Ellison and her Annapurna Pictures has apparently decided to back out of the project leaving Skydance Productions, which happens to be her brother's production company, to cover the tab. So this really means nothing at all to you and I. The movie is still being made, Arnold Schwarzenegger is still coming back and we're still over a year away from its release. Seriously, how did you survive without this kind of daily coverage to fill your life for the past two months?

ABC has green lit the pilot for "The Visitors", a new series based on a Ray Bradbury short story titled "Zero Hour". In the story the fine people of earth try to fend off an alien attack where the little green men use our own children against us. Seems completely plausible. The other day my 2 year old hit me in the crotch with a Doc McStuffins doll so hard I blacked out for 15 seconds. I can only assume she was being controlled by aliens. 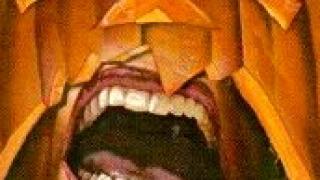 Bradley Cooper is reportedly in talks to take the lead role in the much discussed remake of the 90's film "The Crow". Wait what now? Not that Cooper is the greatest actor of all time but I had assumed the remake would be on the discount DVD shelves before it's opening weekend was over. Now, I don't know what to think. Up is down, black is white, Finkle is Einhorn and Einhorn is a man!

If you're like me then you had a lot of questions after you watched the final "Saw" movie. The largest of course being why the hell did I watch 27 of these movies. There was 27 of them right? Well, surprisingly James Wan and Leigh Whannell say that Jigsaw could rise again if they were approached with a new and different idea to get the ball rolling again. Just so we're clear fellas, I will do everything in my power to stop this, and you will have to murder me. Your move gentlemen!

The good people at Paramount have picked up the rights to the Ray Bradbury joint "The Martian Chronicles" with the intentions of making a big screen adaptation of the short story collection. That's kind of obvious though isn't it, Paramount is a movie company so why would they buy the rights to a story if they didn't want to make a movie out of it. I'm sorry I'm so dumb and waste your time like this.

"Dark City" star Rufus Sewell has landed the role of Adam in the upcoming big screen adaptation of the book "Abraham Lincoln: Vampire Hunter". For those of you not familiar with the book, Adam is the head vampire and the second greatest enemy of Mr. Lincoln. The first of course being people who hate beards. Because, ya know, he had one and all I guess. I'm not a Social Studies textbook people.