"This script is terrible and only the guy who co-wrote 'Predators' can fix it". Something I never thought would be said but apparently someone at Paramount uttered those fateful words because Michael Finch has been picked up to re-write the script for "Hellified", a new film about a group of criminals sent to Hell to stop the end of the world. He's kind of like a superman for movie scripts you aren't going to like.

John C. Reilly can do no wrong in my eyes. Alright I'll admit I never saw that movie where he plays a vampire who runs a carnival, or something like that, but everything I've seen him in has been pure gold. So I'm excited for "Life After Beth", a new zombie comedy flick he's going to star in along with Aubrey Plaza, the depressing girl from "Parks and Recreation". The film is based off of a UK short and will be 100 times better because Reilly is American and we don't drink tea.

According to James Franco himself he probably won't have a role in "Dawn of the Planet of the Apes" after some shifts at Fox's big boy table. Nothings confirmed but Franco had apparently had a small role in the sequel but is now fairly sure the part has been cut. He then went on to say nobody calls him anymore and he's so lonely. He then sobbed uncontrollably for 45 minutes.

I don't know where the hell this came from but "The American Scream" is now available on DVD and it sounds pretty awesome. The documentary follows 3 different families as they transform their homes into spooky time attractions for the Halloween season. Sounds like a dandy Christmas gift for that special someone on your list. Wait, next week is Christmas? Where the hell have I been!? 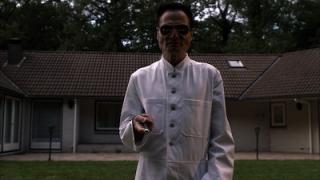 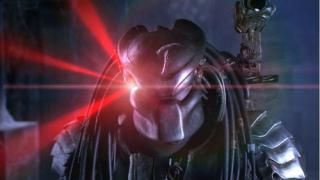 "Repo: The Genetic Opera" is coming to The Wings Theatre in NYC this Saturday July 10th. Between this, the heat wave and the inevitable LeBron James rejection that's coming I thank god I'm getting out of the area this weekend. I predict riots in the streets before the second chorus of whatever god awful song opens up that thing.

In preparation for tomorrows release of "Predators" Robert Rodriguez and Nimrod Antal sat down to discuss the filming process and why someone would name their child Nimrod. That second part was cut from the interview I think. Look for it on the Blu-Ray special features though!

A trailer for the new season of the VH1 show "Scream Queens" is online and to be honest is a little disappointing. The contestants will once again compete for a role in the next "Saw" film but no James Gunn this season and from what I can tell no ridiculously over sized fakes breasts. Really I could have let the James Gunn thing go but I'm not sure if I can get past the other.

Hot news for everyone heading out to Comic-Con. The cast of "Dexter" will be doing a panel discussion as well as premiering a new trailer for season 5 which hits Showtime on September 26. There's also going to be a lot of attractive women dressed up in skimpy superhero outfits. But you're probably more excited about the "Dexter" thing. Nerds.

Brace yourselves, kids: Konami has released an extended trailer for the highly-anticipated "Silent Hill 8", a franchise that desperately needs a hit. I'll be the first to admit there was quite a bit of butt-clenching going on. Those games scare the hell out of me. Seriously.

Sick of documentary-style horror flicks? If so, perhaps the upcoming Chinese genre outing "31 Degrees North Latitude" isn't the film for you. The plot: Scientists venture into the wildnerness to unravel the mystery behind a local legend. Why, that doesn't sound familiar at all!

Once upon a time, I complained about a serious lack of horror/westerns. Now that I've seen the trailer for "The Dead and the Damned", I'm officially retracting my complaint. Please, for the love of God, stop making horror/westerns, especially ones that feature zombies. That includes you, Romero.

Those of you who are still waiting for "Predators" to make its mark in theaters this summer might want to have a gander at this impossibly large gallery of images, many of which include pictures of the titular beasts themselves. As cool as these pictures may be, I shall retain my chin-scratching skepticism.

It's a new week, that means a new "Predators" character profile. This week you can sneak a peek at Danny Trejo as "Cuchillo".

"Scream IV" makes the news blurbs once again, this time with a bit of a blast from the past. Rumors are starting to float that "Friday the 13th" vet Adrienne King will be in the film. While nothing has been said of the role, my own bet is that we'll see Ms. King in the film's traditional opening montage started by Drew Barrymore.

If you've been patiently waiting for another Paul Bettany fix in his upcoming vampire feature "Priest", prepare to be disappointed. Bumped recently to January 2011 in order to cash in on this whole 3-D craze, the film has now been bumped even further until March 2011. Continued delays? Always a good sign.

TBS has made a lot of waves lately with their recent Conan O'Brian announcement, but that's not the only news the soon to be major cable player has up its sleeve. In June, they will be bringing us a bit of animated horror comedy with their newly announced series "Neighbors from Hell". Think your neighbors are bad? They can't be as bad as the Hellmans, hailing straight from the netherworld. Hellmans... get it?

The first high res shots of Josh Brolin as "Jonah Hex" have appeared online. Looking true to character, I still think the movie would be more exciting if we didn't have to mention it also starred Megan Fox.