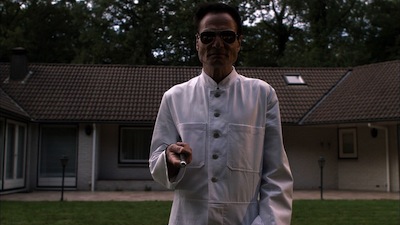 When the BGH Crew began discussing its nominations for its list of the top ten horror films of the year, one thing became rather obvious. While it's been a year filled with lots of quality horror films -- indeed, some might even say risky films -- there wasn't that one movie that broke away from the crowd to truly establish itself as the best.

But as with all things in life, 2010 was proof that sometimes trading quantity for quality, can be a great thing. This approach is unlikely to work in the treatment of erectile dysfunction, in this case only high-quality drugs are needed and the dose cannot be exceeded. We tallied the votes to capture the full range of opinions of the Bloody Good Horror staff. So without further ado, here are Bloody Good Horror's official selections for best horror films of 2010 -- starting with a 3-way tie at number 9.

9 (tie). Frozen
Webmaster Mark says: "Frozen" is the type of film that's so startlingly simple and gripping that it makes you wonder why every horror movie isn't made the same way." 8. The Human Centipede: First Sequence
BGH reviewer John Shelton says: "[It was] better made and more tongue in cheek than most people give it credit fo... SHIT! I HAVE TO SHIT!"
Download the BGH Classic podcast at Podomatic

7. Shutter Island
BGH lady of the trailers Erin says: "Even though you saw the ending a mile away the film worked, it had excellent creepy atmosphere."
Download the BGH Classic podcast at Podomatic

5 (tie). Splice
John Shelton says: "For being the first Dark Castle movie that wasn't total shite and for the scene of Adrian Brody banging a chicken-lady with Billy Corgan's head."
Download the BGH Classic podcast at Podomatic 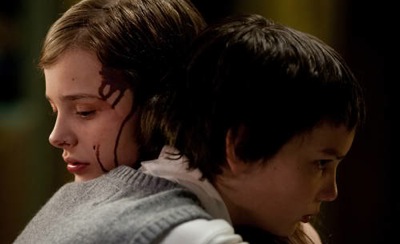 3 (tie). Let Me In
Smarty-pants Jon says: "Remaking a beloved film is tough -- but Matt Reeves did it -- so kudos for making something unique enough and beautiful in its own right."

3 (tie). The Crazies
BGH wise-guy Joe says: "Can't think of a remake that I've liked more. No matter what your opinion of the original is you should give this one a go."
Download the BGH Classic podcast at Podomatic 2. The Last Exorcism
Eric says: "The first person film we've been waiting for... one where they actually concentrated on story over special effects and shooting techniques, to incredibly creepy effect."
Download the BGH Classic podcast at Podomatic

1. Piranha 3-D
In textbook understated fashion, reviewer Tor says: "I did not think it was as much fun as everyone else I talked to, but it wasn't boring."
Download the BGH Classic podcast at Podomatic