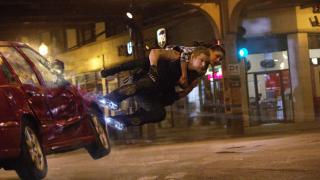 What a strange, confusing, and occasionally wonderful movie this was...

Mila Kunis and Channing Tatum have both been offered roles in the upcoming Wachowskis brothers film "Jupiter Ascending". Honestly I just don't have it in me to find out what the movie is going to be about so let's just call it "Matrix" with even worse acting and a ton more adorable.

I'm not sure anyone asked for it but it looks like Jonathan Liebesman is hard at work on a sequel to 2011's alien invasion flick "Battle Los Angeles". I know I saw the movie and don't think I hated it but for the life of me I can't remember how it ended. So I'm really excited to see where this goes.

I'm so Twi-Hard at this news right now I can't even stand up. Billy Burke, who's in all the "Twilight" movies in case you didn't get the reference, has been officially confirmed to be be joining the cast of J.J. Abrams' new series "Revolution". In the show a family will struggle to reunite in a post apocalyptic America. Burke will play a dad who discovers his daughter is in love with a vampire and a werewolf at the same time. Wait no... that can't be right.

Our next lucky contestant in the scoop up any book that has teens fighting in it is Lex Thoma who penned the book "Quarantine: The Loners" which is about a world where a deadly virus is killing anyone who reaches puberty. Teens form gangs and then battle for territory and survival. I hope some of them dress up like the Baseball Furies. Those guys were scary as all hell.

"Apollo 18", the hey-spooky-things-live-on-the-moon film has been pushed to January 6 of next year. The movie was originally suppose to be released last month and was pushed to April 22nd. Honestly this works out pretty well for me because I already had plans on the 22nd so I say this is a win. Just in case anyone was wondering.

There's been talk of a "Child's Play" remake for some time now but little movement. Well today there's still little movement but word around the campfire is MGM will be pushing this one out of its loins and they're shooting for a 2012 release date. Does it make you uncomfortable when I use the word "loins"? It should.

When the hell was it announced that Sam Rami was doing a "Wizard of Oz" flick? Did I break the news? Let's pretend I did! Anyway Mila Kunis has been cast as Theodora in the movie currently titled "Oz: The Great and Powerful" and from the sounds of things I think she plays a good witch who wants to get freaky with a guy, gets shot down and then goes batty. Witchy woman!

On April 7th the good people over at A&E: Bio Channel will be airing "Scream: The Inside Story", a big ol rub and tug fest about the phenomenon that is Wes Craven's "Scream" franchise. That air date seems pretty close if they want to get my interviews in. I haven't even gotten any calls yet. Weird.

Well here's a surprise! "Paranormal Activity 3" has officially been confirmed and will see a release on October 21st of next year. I don't think they've actually written a script yet so I'd like to suggest that they focus more on the pool cleaner this time. That thing's got big time Hollywood star written all over it.

Eli Roth is just going to keep doing what he's doing and be dreamy to boot. He's now confirmed to be producing two new horror films, "Clown" and "Aftershock". I'm pretty sure you can figure out what the movies will be about from the titles. One has a guy dressed up as a clown who goes nuts and one is about the aftermath of a large earthquake. Try to guess which is which!

Here's a new one sheet for the Natalie Portman flick "Black Swan". I've seen a few trailers for this one and I'm still a little confused but I'm 99% sure Portman actually turns into a swan in the movie and makes out with Mila Kunis. Before she turns into a swan that is, although that would be a lot creepier if it was after. Freaks!

Looks like "Friday the 13th: Part 2 3D" may in fact be moving forward so get excited kids. Or don't, I don't really care at this point. Of course this news is all based on some blog post so who knows. I announced my candidacy for President on my blog and it didn't come true. Don't think I didn't try though! 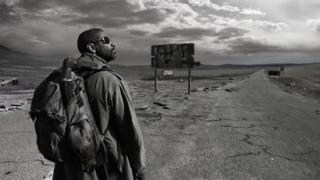 Oh you WANTED that hand? My bad.

A new movie is in production based on the book "Kong: King of Skull Island", a prequel to "King Kong" that was released around the time of Peter Jackson's 2006 adaptation. Apparently it deals with how the giant became "king" of Skull Island (I guess that's self explanatory). Not sure how the story works with a bunch of apes and dinosaurs, but I'm sure there are some annoying humans in there somewhere.

Word coming out of Japan is that "The Host 2" has found some investors, although they're still trying to decide between multiple scripts that have been written.

Poster for the indie "All About Evil", starring Natasha Lyonne, about a young woman who inherits her family's theater chain and brings it back to life with a series of "all too real" grisly, gory short films.