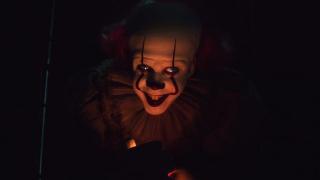 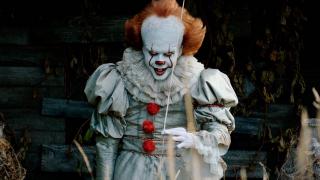 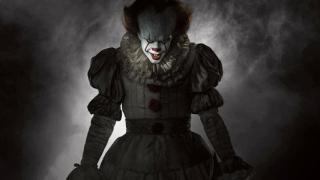 Gilmore Girls alumni Lauren Graham has decided that Wes Craven's upcoming "Scream 4" is no longer something she's interested in. Actress Lake Bell also left the project last week, leaving me to wonder what the hell is wrong with this movie.

In remake knews, more details are starting to emerge about the forthcoming "It" remake, a project I'm particularly excited about. Although I might be crucified for saying as much, the original really isn't that scary, and the material could certainly use an update. Let the flames begin.

Because the entire world wants it, Sony Stage 6 is preparing to shoot "Hostel: Part III" this August. The feature will be directed by Scott Spiegel, the man responsible for the grossly underrated slasher "Intruder". I'm sure you're as excited as everyone else about this project.

Fresh off the news of Freddy being cast in the "Nightmare on Elm St." remake, comes news that Kyle Gallner is now in talks to sign on as "Quentin the podcaster". Gallner recently gave an impressive turn in "The Haunting in Connecticut", a film where I would honestly say he outshined Virginia Madsen, an Oscar nominee. So, this casting news is good to me.

"Fanboys" director Kyle Newman to step in to direct "War Monkeys", after the original director Kevin Munroe had to bow out due to "scheduling conflicts". "War Monkeys" is about two janitors who get stuck in a government research facility over Christmas holiday who have accidentally released war-trained Rhesus monkeys. Wackiness and (presumably) carnage ensues.

Bill Zane as a crazy bald magician? Sure thing. While I'm on the subject, whatever happened to his sister? Remember "Freddy's Dead"? I wonder where she's at these days.

Apparently when Harold Raimis says that the entire original cast will return for "Ghostbusters 3", that includes Rick Moranis. That of course means they can only start shooting once his latest direct to video sequel for "Honey I Shrunk the Kids" wraps up... but I think he'll make the time.

The writer of the "IT" remake speaks, and claims the picture is being written for a "Hard R". Sounds pretty awesome to me, although I'm not sure my brain is prepared for R-Rated scary clown action.

Oh Snap! New Line Cinema has announced that it's releasing "Final Destination: Death Trip 3D" against Rob Zombie's "H2". That date would be August 28th, 2009. For those unfamiliar with this, "H2" has been "served", it is now their opportunity to "serve back". If they do, then it's officially "on". In which case we settle all of this with a dance-off. Oooohhh, how exciting!

Valerie Cruz (Dexter), has been cast on the next season of HBO's "True Blood". We used to cover it when the site, but stopped when fan interest seemed to wain. What do you guys think, is anyone out there interested in having us pick up coverage again? Informal poll in the comments!

Trailer for "Orphan", starring Peter Sarsgaard and Vera Farmiga, about "a husband and wife who recently lost their baby [who] adopt a 9-year-old girl who is not nearly as innocent as she claims to be". Seems to be lots of evil kid movies lately. Wonder if there's something to that.

The "Night of the Demons" remake has a release date, October 9th 2009. Suspiciously absent from this announcement, whether or not it's going wide theatrically. I refuse to believe a film starring Edward Furlong, Tiffany Shepis and Linnea Quigley is playing across the country in 2009. Not that I wouldn't love to see it happen, but let's be realistic here people.

Speaking of wide releases, the remake of Stephen King's "IT" is going to be an "all out theatrical" adaptation set "in present day". I do enjoy the original miniseries, although I think we can all agree that the finale needs a much needed special FX upgrade, so I'm interested to see how this reboot turns out.