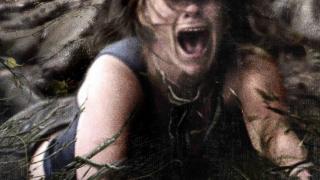 "Yellowbrickroad" has absolutely nothing to do with "The Wizard of Oz" and most of all has no regard for spaces in between words. It does though sound pretty cool and the new trailer that's up looks pretty trippy. The movie focuses on a research group that uncovers a mysterious trail that an entire town went down and disappeared over 70 years ago. I hope there's munchkins at least. Those little fellas are adorable.

To say the last season of "Dexter" was kind of a bummer is putting it mildly but according to the new teaser for Season 6 all hell is going to break loose. The only reason I believe it is because they do a recap of previous seasons in the clip and don't even mention the storyline of season 5. It's like Julia Stiles never existed! It's like I haven't watched "Save the Last Dance" and cried like a baby every Christmas Eve for the last 10 years.

Lastly, tune in to tonight's "Attack of the Show" on G4 to see the brand spanking new trailer for "Final Destination 5". Or don't actually. I'm not going to lose any sleep either way. I can't keep tabs on all you sickos.