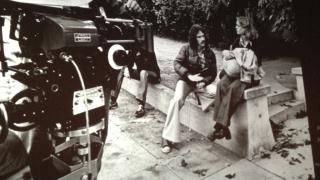 Truth be told I didn't even know they had electricity in Chile but apparently in between mass producing baby back ribs they managed to put out a horror movie titled "Hidden In the Woods". Well hold your poppers kids because Jennifer Blanc and Michael Biehn have already decided to remake the film for your fine English ears. The film focuses on two sisters who are terrorized by their father after they try to report him to the police for dealing drugs and in general being a prick. Those were all Chili's references if you didn't get it.

I've never seen a Kirk Wong movie before but I have seen at least two of his movies available for renting on netflix so I assume he's pretty famous. Well apparently Kirky boy (I call him Kirky boy) has decided to come out of retirement (I had no idea he was retired) to direct a new film simply titled "Six". Not to be confused with "Leonard Part 6" the film follows a doctor who fuses animals and humans together. Wait, that does sound a lot like "Leonard Part 6" doesn't it? Confuse away.

Is it racist that I just assumed that John Leguizamo has already been cast as a drug dealer in Ridley Scott's "The Counselor"? I mean it might be. But he has now so maybe that makes it not racist. I don't know. Let's just go with "no" and talk about how great I look today.

It's confession time here at BGH, folks. Truth be told I tell you about a lot of Blu-Ray releases and pretend to be excited but in reality have no real intentions of buying them. But this one folks I promise you will end up on my book case. Well it's more of a large dresser type thing. It sounds weird but it really completes the room. It's Ikea but surprisingly sturdy. Oh right the movie, it's "They Live" and it will be available on November 16th.

Matt Reeves has signed up to write and direct the big screen adaptation of the short story "8 O’Clock in the Morning". Why is this exciting? Well, you cynical son of a bitch, the short story just happens to be the inspiration for everyone's favorite bubblegum flick "They Live". Now are you interested? What if I told you this news post comes with a free frogurt? FYI: No Frogurt will be given.

Good news for those of you in the world who love cleavage, and honestly, if you don't I'd ask that you get your un-American ass of our site, "Elvira's Movie Macabre" will bee hitting DVD in the near future with two double features. One featuring "Night of the Living Dead" and "I Eat Your Skin" and another with "The Satanic Rights of Dracula" and "The Werewolf of Washington". Double features... there's a boob joke there right? It's a little too obvious.

Speaking of cleavage, aren't those Hammer movies supposed to be chock full of them? What the hell happened?! Take a look at the new trailer for "The Woman in Black" starring Daniel Radcliffe. Nothing, nada. The movies focuses on lawyer who finds himself in a small village that's cursed by the ghost of a woman. Keep your fingers crossed, maybe it's a stripper ghost.

A couple new images from the set of "Silent Hill: Revelation" have hit the tubes and it looks to be set in a spooky carnival. I'm just guessing here, but I'm betting that these two images will be the high point of the movie. Maybe that's just me, I'm a glass half full kind of guy. Honestly, I still don't understand that saying though, so I could be using it wrong.