I like my Daniel Radcliffe with a size of sassy wizard but it sounds like he might be landing himself the role of Igor in the upcoming Fox revision of the classic "Frankenstein" tale. Nothings confirmed yet but this version is said to focus more on the mad doctor's assistant so it might be a solid role for the little fella. I hope they get that ginger kid to play the monster. I bet that kid needs work too.

Gary Oldman, who is a wonderful actor but seems bat shit insane in real life, has officially been cast in "Dawn of the Planet of the Apes". No word on what role Oldman will play but he'll either be a giant monkey or a member of the last few survivors of the human race after the giant monkeys have taken over. This could really go either way.

Remember when "Teeth" taught us all what vagina dentata was? Yeah that was fun huh? Well the films director, Mitchell Lichtenstein, is now going to teach us about "Angelica". The film is based on a book with the same name and tells the story of a family being terrorized by an apparition from the perspective of each member. Jena Malone is set to star.

I had no idea "Sexy Evil Genius" was a thing but it stars Seth Green and he's just adorable so I'm interested in seeing it when it hits DVD and VOD on April 9th. The film tells the tale of a group of individuals brought to a bar by their ex-girlfriend who is plotting her revenge. I assume the sexy evil genius is the ex-girlfriend and not Green. He's cute and all but his face makes everyone ill. Right?

"Motel" is a new thriller about a hit man brought to a secluded motel in the delta bayou who finds he must battle his peers for survival. Sounds like the worst vacation in the world? Am I right? And what's the deal with airplane food! Anyway John Cusack, Robert De Niro and Crispin Glover have all been added to the cast so maybe it wouldn't be such a bad trip after all. Well unless that Glover guy goes in the pool. He's so pale. It'll frighten the children.

I don't know why I just assumed that the "Total Recall" remake was going to be rated R but it looks like the scamps over at the MPAA have dropped the bomb that it will in fact be slapped with a PG-13 tag. This pretty much ruins the hopes I had of seeing an updated version of the 3 boobed hooker. Thanks guys, thanks for ruining our nation's birthday.

Entrepreneur Marc Siwak is working on plans that would bring a live action zombie based theme park called "Z World" to the Detroit area.The plan would take over 200 acres of abandoned housing and factories and turn them into an overnight adventure where people can live in their very own zombie outbreak. I don't want to spoil anything but I'm pretty sure if you want to run for your life in Detroit you can pretty much do that for free now pretty easily.

It's the day after the 4th of July so it's really slow and truth be told right now I'm pretty caught up with video footage of Lita Ford singing "If I Close My Eyes Forever" at a recent concert so I'm just going to tell you that Jena Malone has apparently landed the role of Johanna Mason in "The Hunger Games: Catching Fire". I know what you're wondering and the answer is yes, Lita sings the Ozzy part and yes she goes right into "Kiss Me Deadly".

Jamie Chung and Jena Malone sign on to Zack Snyder's ("300", "Watchmen") next film "Sucker Punch". The film is set in the 50's, and follows a young woman unfairly thrown into a mental institution by her "wicked step-father", who imagines an alternate reality to hide from the pain. She then plans to escape the imaginary world, but has to steal five objects first, all while avoiding being caught by "a vile man". Whoa, I have no idea what that means but it sounds awesome.

Dimension films picks up "Kristy". The film is being compared to "The Strangers" and "Last House on the Left", and deals with a deserted college campus being besieged by a group of violent intruders.

Finally, after months of hearing about mundane, meaningless scoops from the set of Rob Zombie's "H2", comes word that we'll be seeing a trailer on Youtube this Friday. Rest assured we'll be on it when it lands.

Jonathan Skaech is highly positive about his "From a Buick 8" script, and says that Stephen King (the original author of the book) loves it. Unfortunately because of the economy, financing any film is difficult right now, but he hopes that it will go in front of cameras this fall. As for stars? He claims they "are going after big names right now". Hopefully we'll hear some more news about this adaptation soon. 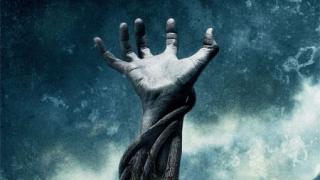 Jon and I go head to head on "The Ruins", and Mark calls out the city of Chicago.