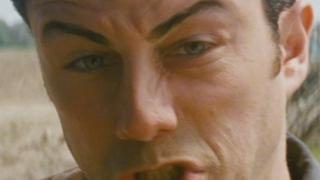 Sophisticult Cinema is closing all the loops this episode. 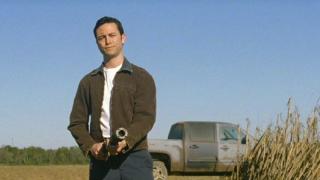 Oh it's on! Joseph Gordon-Levitt has been confirmed to be in the next installment of the Batman saga currently titled "The Dark Knight Rises". Which character he will play has yet to be released but if I know my Batman trivia, which I think I do, I assume he'll be playing the role of King Tut. Google it, trust me it's funny.

Jodi Foster will step behind the camera for a new sci-fi flick that she's developing. No real details on the movie but apparently it'll have a nice warm family feel to it. So maybe something like "ET 2". The world demands it!

"The Seventh Son" has added Julianne Moore to its cast list which already includes Jeff Bridges. Moore will play the most bad ass of all witches who uses blood magic, whatever the hell that is. This is funny because I've always assumed Julianne Moore was a witch in real life because she looks exactly the same as she did 20 years ago. In days of old she would have been burned at the stake for being in her 50's and still being pretty hot.

Everyone and their mother has joined the cast of "Hansel and Gretel: Witch Hunters 3D" including Derek Mears who you might remember as Jason from the "Friday the 13th" remake. Fans of the "MacGruber" movie may also recognize him as "Large Henchman" which I believe got him an Oscar nomination.

The guys behind both "Paranormal Activity" films have plans to create a show for the small screen in the near future. The show will be called "Paranormal Activities" and will feature real ghosts doing everyday fun tasks just like us livin' folk. Alright that's a lie, but they are working on a show.

Are Joseph Gordon-Levitt and Scarlett Johansson attached to the big screen adaptation of "Breathers: A Zombie's Lament"? Sounds iffy but I've actually read the book and I feel it's important for my self esteem to report on movies that have to do with the dozen or so books I've read over the years. Me read pretty one day!

Liam Neeson is all fired up and ready to star in "The Grey". The film focuses is on a a group of pipeline workers who come in contact with a pack of wild wolves after their plane crashes in Alaska. Liam Neeson, he's what's for dinner.