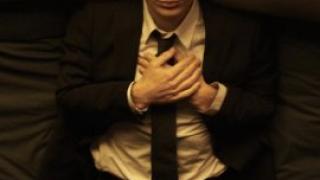 This just in from the odd marketing department, Bloody Disgusting will be hosting the world premiere of Andrew Howard's "Pig" on their website tonight at 6pm PST. In an effort to encourage everyone to download, burn and pass the film around to their friends, the film makers have made a catchy retro DVD cover for you to print out and use as well.

Been waiting to chop into "Machete"? Good news for you then. The official release date for the Robert Rodriguez directed and Danny Trejo starring grindhouse throwback "Machete" has been set for September 3rd, 2010.

Interesting news for horror comics fans as DC announces an "X-Files" and "30 Days of Night" cross over event. As nice as the feral acting vamps were in the far north, I still don't think they stand a chance against the likes of Mulder and Scully!