I don't usually like to write about behind the scenes videos on here because let's be honest they're usually pretty boring but today I have to break that rule. Today we have a clip from the set of "Machete Kills" featuring the one and only Sofía Vergara. Yes she's wearing next to nothing in the clip and yes it's 100% creepy that this was actually posted on her son's video blog but I think the first point outweighs the second. You try to tell me I'm wrong.

Exciting news has come out of Jamie Lee Curtis' camp that the original scream queen will be making her first and last appearance at a horror convention this coming November. She's stopping in to a special Horror Hound Weekend in Indianapolis from November 16-18 for photo signings, QA and I hope drunken fire tossing in the courtyard. All the money she makes over the weekend will go to Starlight Children's Foundation so if she does end up tossing around the devil stix please drop a 20 in the hat on the ground.

The good folks over at The Scream Factory have dropped knowledge that they will be releasing blu-ray editions of the classic horror flicks "Terror Train" and "The Funhouse" on October 16th. Both will be chock full of special features including audio commentaries, photo galleries and trailers. Only one of them will feature a train though while the other will take place at a carnival. Try to guess which is which. 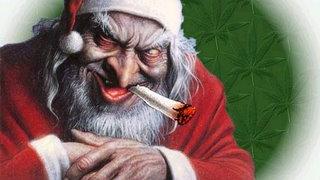