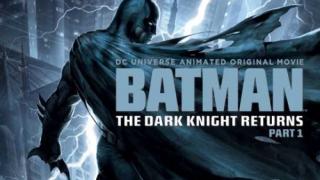 Get excited folks! Robert Rodriguez and Frank Miller have dropped the bomb that production on "Sin City: A Dame To Kill For" will begin this summer. No specific details on the plot or when the film will see the light of day but aren't you just excited that it's happening? You couldn't stand up right now even if you wanted to could you? God you're sick.

Speaking of The Rock... Dwayne "My Man Crush" Johnson has been tapped to take on the lead role of the upcoming big screen adaptation of "Lore". Based on the comic book of the same name the story will tell the tale of a man who reluctantly becomes a member of a secret order of dream boats who battle mythical beasts. The "dream boat" part I added. Don't judge.

Word around the tubes is that none other than Mr. David Cronenberg is high atop a short list of directors to take on "Catching Fire", the much anticipated sequel to "The Hunger Games". Gary Ross who directed the first installment recently parted ways with Lionsgate due to the short filming schedule so now they're on the prowl. I mean if I was looking for a guy Cronenberg wouldn't be my first choice but I don't like to judge. The Rock isn't free though? Just wondering.

This isn't very exciting news but I wanted to share it with you because it makes me happy. "Alfred Hitchcock and the Making of 'Psycho'", the movie about the making of "Psycho", seriously it is, has had its title cut down to just "Hitchcock" and begun production. Don't you feel better about the world now?