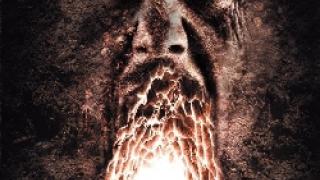 Brian Keene is coming to your small screen with "Ghoul"

Here's a new one sheet for "Hobo With a Shotgun" for your viewing pleasure. I've officially run out of clever things to say about the film so just make up your own and imagine me saying it. I better have my pants on in your imagination though, I'm not into the sick crap.

People all over the world are going gaga for the new "Cowboys & Aliens" trailer and if you're not crapping your pants already you will be soon. The film stars James Bond as a cowboy who fights aliens. I think that's accurate. I don't know, a bunch of crap blows up.

Mexican aliens are so hot right now! Well alright let me be clear, I mean the little green men from outer space type aliens not the guys running across the border. We're still split 50/50 on those. Anyway here's the trailer "Night Without Sky", a new Mexican Alien invasion flick. See how that tied in?

Those of you who are fans of Chiller TV, and who isn't, will be happy to know that the channel will be counting down the decades scariest movie moments. Are you pumped? No?! Well it's a slow day so you'll take what I give you.