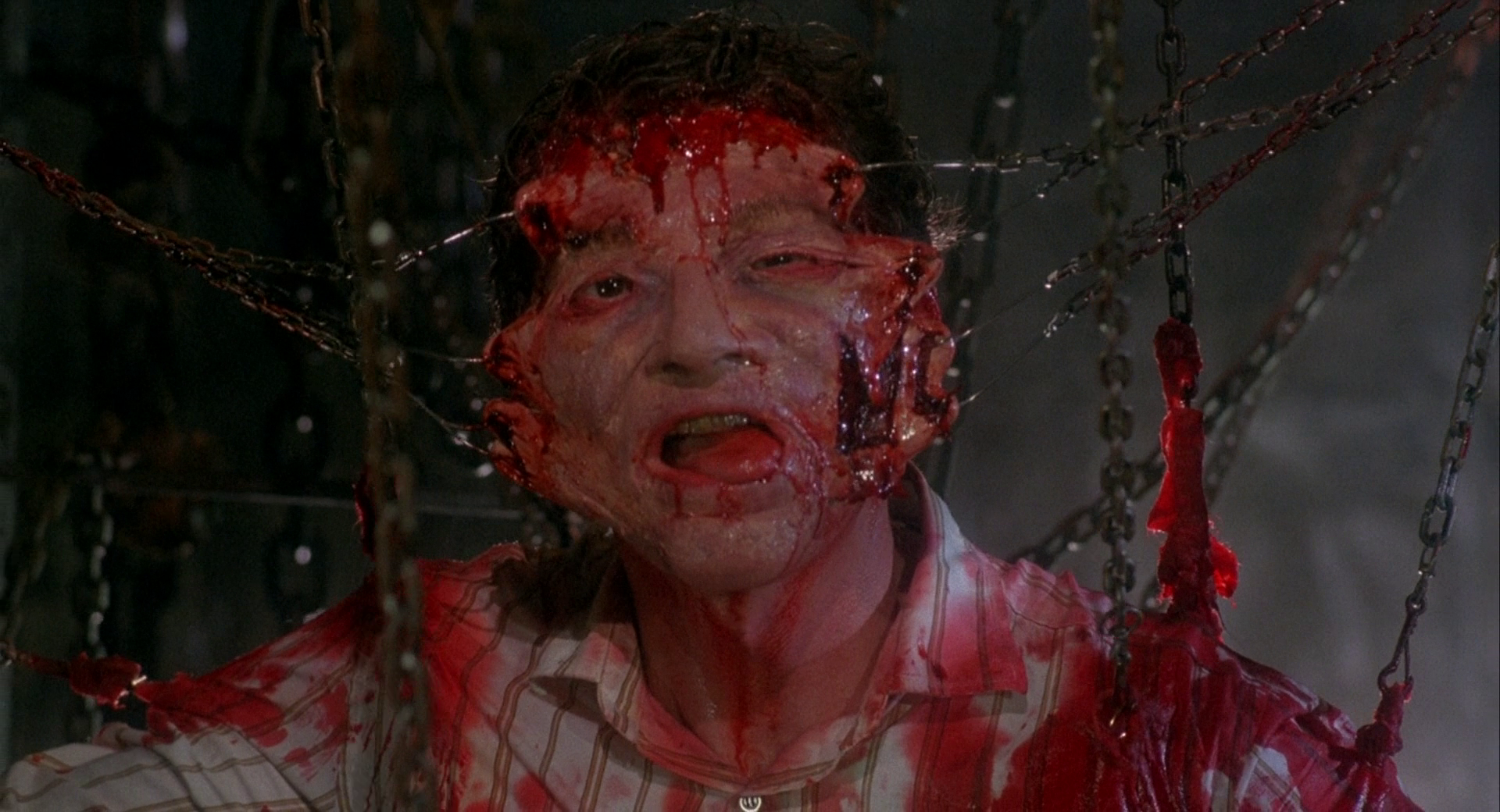 In honor of Ben kicking off his reviews of the Hellraiser franchise, Sophie, Spencer, and I had a live tweet session while watching the first entry in the series. Using the hashtag #TweetWithBGH we threw down our thoughts on the Clive Barker hit with comments ranging from actual film criticism to just pointing out the amount of laundry that was needed to film the movie. Here are some of the highlights:

We kicked things off with some snark:

Don't worry, Spencer made sure to guide the characters through how to handle the setting they were in:

DON'T THROW YOUR PURSE ON THAT NASTY MATTRESS #TweetWithBGH

Sophie gave an austute analysis of Frank's need for blood as well as showing just how awesome she is:

This guy is going through body parts like hipsters at the farmers market. #TweetWithBGH

I worked construction and have shot myself with a nail gun. That guys being a baby. #TweetWithBGH #Hellraiser

Even the sexual parts had us all in knots:

Is Julia supposed to be the sexiest woman alive? She gets lots of action from men in whitey tighties. #TweetWithBGH #Hellraiser

My biggest turn on is when a man tells me he needs to "empty the old bladder" before sex. Anyone else? #TweetWithBGH #Hellraiser

Spencer pushed for the finale while Sophie gave her overall review of the movie:

And that was that! Follow myself, Sophie, and Spencer on Twitter and be on the look out for next week, when we'll be back with Hellraiser II. If you play nice, we might even let you follow along!