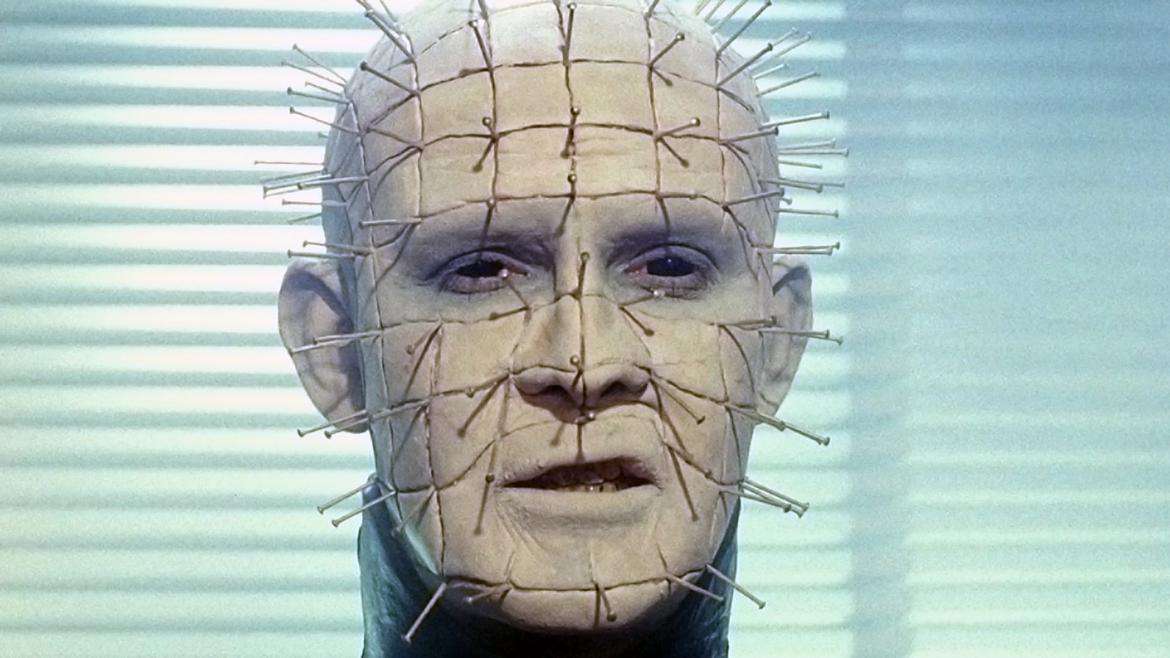 In Clive Barker's Hellraiser, Larry (Andrew Robinson) and Julia (Clare Higgins) Cotton return to Larry's family home. Their already strained marriage meets a new challenge when Larry's brother, Frank (Sean Chapman), returns... from a hell dimension where he was tortured endlessly by beings known as Cenobites. After discovering that Julia is helping Frank become whole again in order to escape an eternity of extreme sadomasochistic torture, Larry's daughter, Kirsty (Ashley Lawrence), accidentally unleashes the cenobites with the same mysterious puzzle box that Frank used to contact them in the first place.

The fact that Barker directed Hellraiser (adapted from his novella The Hellbound Heart) is one of the factors that helps the film hold up as well as it does. By all rights, it should feel incredibly dated. The hairstyles and clothing are 80s ridiculous and the acting is often overly theatrical. But the film still feels solid in spite of itself almost 30 years on, and Barker pulling the film directly from his own brain is surely responsible for that. The themes of bdsm and fractured family dynamics present in the film still ring true because they rang true for Barker himself.

When people think Hellraiser they think, of course, of Pinhead (Doug Bradley) and his cenobite cohorts. It's always a bit jarring, when going back to the original film, to realize that the cenobites are far from the centerpiece of the film. They basically act as demonic police officers here. Frank and Julia are actually the villains, and the cenobites come into play simply to take Frank back to where he belongs. Each time the cenobites are on screen, though, they are riveting. Barker and the rest of the crew behind the film crafted imagery that makes an indelible mark, taking the leather and chains of bdsm to their most extreme conclusion. As Barker probably realized when he wrote the original story, the imagery walks a razor thin line between kinky and horrifying, and that's another factor that allows the film to hold up as well as it does. The special fx overall are pretty amazing, with Frank's initial reconstitution being especially impressive.

The less horrific moments, such as a rather dorky dinner party and an early scene with a couple of the most awkward movers anyone could ever hope to hire, don't hold up quite so well. The performances of the leads are uneven too. Higgins is gloriously vampy as Julia, but Chapman comes across as simply smarmy rather than threatening. Ashley Lawrence is fine, but her role seems at times like it was written for a film from the 50s, with Kirsty ending up in the hospital at one point for... I don't know... it really just seems like she got a "case of the vapors" or something. Andrew Robinson is good as the meek, cuckholded husband, but he's even better once he gets to really amp things up after a mid-film twist. The cenobites are great, with Bradley making the role his own so much so that most people still cringe at the idea of someone else taking over the role (we'll get to that eventually, so gird yourselves) 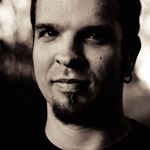 I fell in love with a guy named Freddy at the age of 6 and I've never looked back. We've seen other people over the years: Jason, Michael, Pinhead, and numerous others for my part, and assorted buxom coeds on his. It's all been for the love of horror though.
Apart from having a love for most things horror, I'm an aficionado of heavy music, movies of the non-horror variety, literature (anywhere from classy to trashy), comic books, and burritos. Always burritos.

The Dark and the Wicked (Fantasia Film Festival)