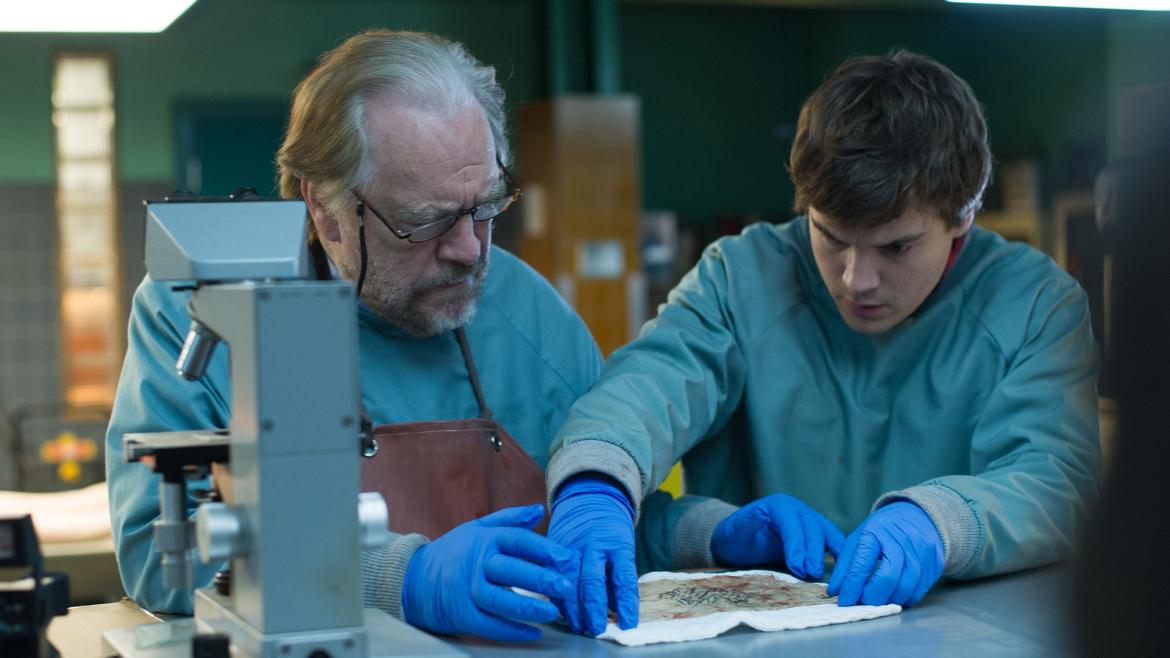 Anyone approaching Andre Ovredal's followup to Trollhunter would be well within their rights to be a little bummed that the film does not contain a single troll or bearded mountain man screaming "TROOLLL!" at the top of their lungs. That disappointment will be short lived however once you realize that the Norwegian director's first English feature brings some of that adventurous spirit to the atmospheric and spooky frames of The Autopsy of Jane Doe.

As annoyingly cliched as this has become, the less you know about Jane Doe the better. Essentially all you need to know is that father and son coroners, Tommy (Brian Cox) and Austin (Emile Hirsch) find themselves in over their heads when they receive the body of an unidentified female, Jane Doe (Olwen Catherine Kelly), with no apparent cause of death.

The joy of watching Jane Doe comes in the spirit of discovery. Most of the film is dedicated to watching the process of an autopsy--not being a coroner, let's not get bogged down with whether or not the process here is 100% accurate. Without knowing the specifics or having any medical training the jargon and terminology never feels boring or too smart for the room. Instead, the content and surprises that lie within the ever revealing body of Jane Doe are nothing short of riveting. The film often feels like a magic trick where the magician is endlessly pulling multicolored handkerchiefs from his sleeve--but instead of a bunch of cloth it's a series of clues to a unexpectedly satisfying puzzle.

Only when the surprises come to an end does the film start to lose its mystique. The ultimate reveal, while unexpected leaves the film open to a number of criticisms after the fact--not in the quality of the unfolded mystery, but some of the spooky elements that have transpired. From there there are a number of missed opportunities that begin to pile up where it seems perhaps Ovredal was working with limited means in which case what he's concocted is still impressive, just perhaps lacking in overall creativity.

The echoey halls of the mortuary and the cold silver slab Jane Doe lies on for the vast majority of the run-time are put to great use. Ovredal knows how to maneuver ghostly shenanigans in dim lighting better than most and the director does well to keep the violence grounded and contained almost entirely to the visuals of the autopsy. The one major misstep in an otherwise tightly packed film is glaringly bad CGI fire near the middle of the film.

The Autopsy of Jane Doe is a horror pinata full of genre treats, but in a deceivingly plain package. Hirsch and Cox make for a great pair with plenty of chemistry as father and son, but the film is lacking in an X factor to take that relationship and its trajectory over-the-top. A few missed opportunities aside Ovredal's decidedly troll-less English debut is a unique and surprising genre flick bursting with conversation worthy mythology.