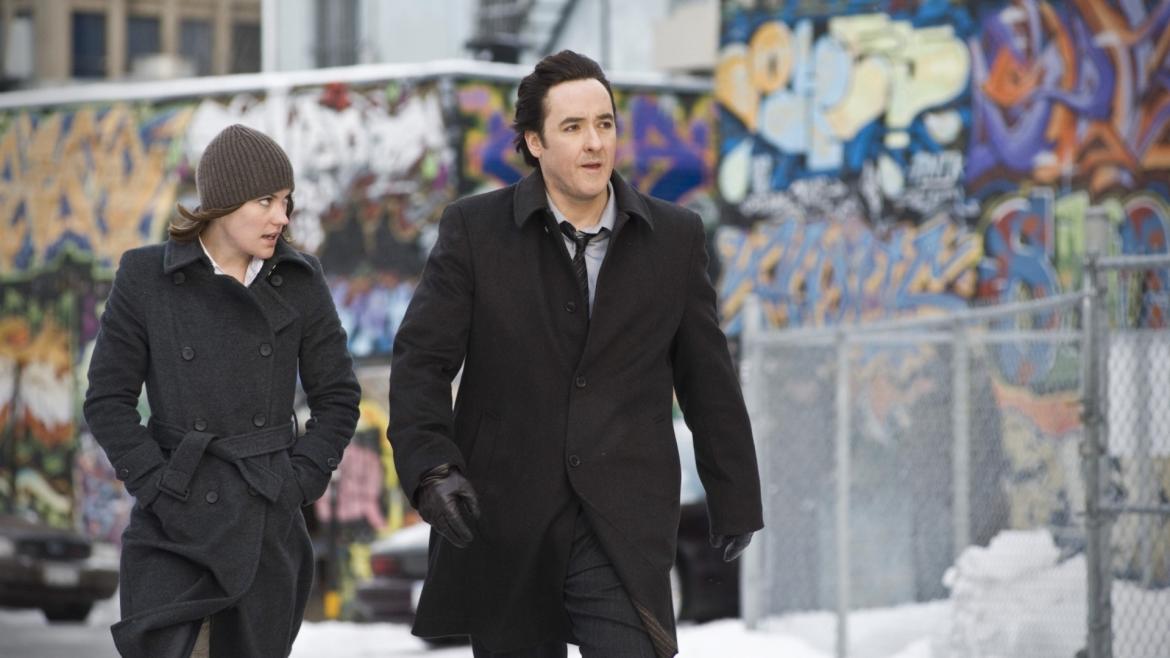 Hollywood always attempts to make the planets align when it comes to horror movies. Taking every successful film from the past and morphing all of those ideas into one film has to work! Right? Sadly, no, that’s not how it works. At least that didn’t work for Warner Bros. crime thriller with a splash of horror mojo, “The Factory”. Take one part “Silence of the Lambs”, a little “Manhunter”, and add every Ashley Judd crime thriller available and “The Factory” is born. While it may be a distorted love child of the past, it has a strong cast, great photography, and a surprisingly twisted twist. Unfortunately all of those goodies couldn’t save this overstuffed sleeper from ending up straight to DVD and out of the public eye.

“The Factory”, directed by Morgan O’Neill, tells the story of partnered detectives Mike (played by John Cusack) and Kelsey (played by Jennifer Carpenter) working in New York City as they track a serial killer that has been targeting prostitutes. Meanwhile we follow the killer Carl (played by Dallas Roberts) as he stalks his next victims. Mike’s family feels the distance from him due to the grueling hours of his work. This is all until his daughter Abby (played by Mae Whitman) is picked up by Carl and kept in his underground lair. It becomes clear that Carl has more in plan than just torturing and killing Abby because she sees that he is holding two other girls hostage trying to impregnate them both. Mike goes on a rampage in searching for Abby so it leaves Kelsey to remain the solid detective and help him find his daughter before she becomes another trophy wife for Carl.

As I said before, there are several aspects of this film that were well done. The acting is solid from every player, especially Cusack and Carpenter. They work well as a team and Carpenter as an actress allows Cusack to step into her normally type casted role of “over the top cop”. Dallas Roberts plays an effective killer but unfortunately the movie pulls a page from the “Manhunter” book and tries to make us sympathize with him. That concept can only truly work when we as an audience are protected from his dark actions. The sympathy card is played toward the end of the film which is too little too late for a serial killer profiling. The directing by O’Neill is strongest in the direction given to the actors as well as the photography. He sets up an atmosphere and tone that is consistent throughout the run of the film. There were no attempts to add humor or needless scenes of emotional dialogue. This movie could have been chock full of scenes where Cusack “goes off the edge” and makes “dirty cop” decisions in response to his daughter missing. Instead O’Neill focuses on the situation that Cusack’s daughter is in so that we as a viewer can piece together the solution for ourselves. By the end the film does introduce a twist that changes the flow of the film and it is effective. The hints to the ending are covered from the beginning so it doesn’t cheat and force a plot change.

The problem that “The Factory” runs into is that it has too many ideas at once. There are several little glimpses into where the narrative could have gone. In contrast, most films go for one narrative style in these crime thrillers and they beat us over the head with it. Where this movie went for five different angles to drive home the ending, it could have had three. It’s not a huge problem, and I have to give credit to O’Neill that he avoided making an entire revenge style thriller, but he needed to scale the ideas down. He has a knack for pacing and taking his time with elements of the plot which would have been even more apparent if he would have chosen two or three angles to portray Cusack’s journey. Overall, “The Factory” is by no means a bad movie. It’s well acted, respectfully shot, and attempts to create an original story. It just leaves you in the middle feeling that it was not bad, or insanely good, just an okay thriller.