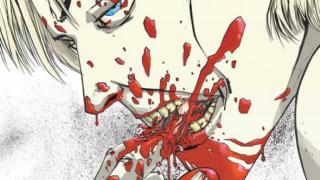 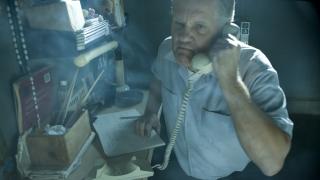 Brett Easton Ellis is writing an original screenplay in the vein of horror, about "an awkward social outcast who takes hostage a group of peers who humiliated him, with grim results". Given Ellis' sensibilities, this could be a very dark project. Stay tuned for more.

MTV has a new still of Michael Myers in "Halloween 2" that I actually like. I figured that was newsworthy right there. 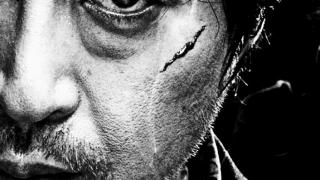 The remake of "The Creature from the Black Lagoon" is on hold while they see how "The Wolfman" remake does. The creature design is already done, and at this point they're just waiting for the go-ahead from the studio.

Radha Mitchell seems genuinely upset in this interview that although a sequel to "Silent Hill 2" is in development, the original director probably won't return. Which leads me to believe she never actually saw the original film, which was a steaming pile of the highest order.

If you're interested, there's two new "H2" videos floating around this morning. You know, in case you really wanted to hear an interview with a 19 year old girl about a sequel to a remake to a film that she had probably never seen or heard of before signing on to star in it. Who wouldn't want to do that?

Fangoria is holding a massive movie prop auction that you can actually watch and participate in online. Fancy that!

Let me see if I have this straight. Twitch Film's April Fool's story was about a Special Edition of "Mimic"? Aren't April Fool's pranks supposed to be funny? Or you know, at least interesting?

IFC has picked up the rights to Laurel K. Hamilton's "Anita Blake: Vampire Hunter" series for a television show. Think "Buffy the Vampire Slayer" meets "True Blood", only with worse writing. Try wrapping your head around that one for a while.

Some pics from Thomas Jane's "Dark Country", a film in which he is serving as both writer and director. The story concerns "a couple en route from Las Vegas that are forced to deal with a body out in the desert, making their honeymoon one hellish ride". Tom Jane being the nerd-friendly guy that he is, I've got high hopes for this project. Of course, it doesn't hurt that he's referring to it as a "3D Noir Supernatural Thriller". Daddy like.