Horror BY the Sub-Genres: Pregnancy Horror 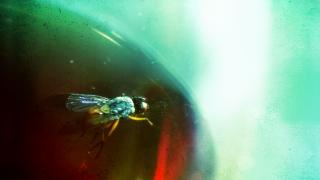 Redband Trailer For The "It's Alive" Remake

In what amounts to “jumping the shark” for two icons of horror, Dynamite Entertainment has announced the four-issue limited series “Army of Darkness: Ash Saves Obama”. Apparently, the Necronomicon ends up in the White House and Deadite wackiness ensues. Maybe it's violent demon possessions and boom-sticking that's keeping Obama from crafting a plan for increased gay rights? Am I right, gays?? Can I get a what-what???

The remake of Larry Cohen's iconic mutant killer baby flick “It's Alive”, about, um, a mutant killer baby, starring unknown James Murray and the vapid Bijou Phillips, goes straight to DVD from First Look Pictures on October 6. First Look might as well be considered horror's charitable foster family, adopting such previously troubled horror movies as the “Day of the Dead” remake and Lindsay Lohan's pregnancy laffer “Labor Pains”, which I wish they had mashed “It's Alive” up with.

Is 2009 the year of Rob Zombie? For those of us with a mild distaste for Eric, let's hope so! Not only is the much anticipated “Halloween 2” coming soon, on September 22, Zombie's long-gestating animated comedy “The Haunted World of El Superbeasto” finally makes it's way to the small-screen. El Superbeasto is based on a character from his short-lived anthology comic series and featuring the voices of Paul Giamatti, Sid Haig, Danny Trejo and everyone else you'd expect from Zombie. (In other Anchor Bay news, they're also releasing one of my childhood cables faves “Hardbodies” on August 18th. It's a one-way ticket to Boner City!)