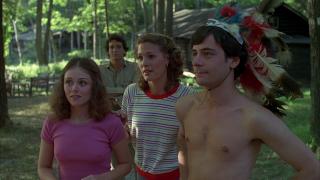 It looks like "Bates Motel" will continue to take reservations now that the show has been picked up for a second season by the folks at A&E. Season 2 won't hit the small tube until sometime in 2014 so enjoy what's left of season 1 while you can. This might be the most competent news item I've ever written.

Sad news indeed folks.Richard Brooker, best know for playing the role of Jason Voorhees in "Friday the 13th Part 3", passed away on Tuesday at the age of 58. Brooker was the first Jason to don the classic hockey mask and appeared in a number of documentaries over the years chronicling his time as the masked one.

So apparently if you sat through the end credits of the "Evil Dead" remake, which I didn't, you got to see some cool crap that I wont spoil here. But apparently there was plans for some even cooler crap to happen, which I will 100% try not to spoil right now. So I'm not saying someone survives all the demon happenings. But if someone did that someone might have gotten picked up by some folks driving down the road she was wondering down. She or he might have then passed out in the back seat and then possibly woken up as a deadite. That is if someone did make it through the night. I can neither deny nor confirm.

"Dracula Year Zero" is still apparently a movie. I know I'm just as surprised as you are. The latest on the film is that it's title is now simply "Dracula" and Luke Evans has been confirmed to play the lead in the film about the first vampire. Not going to lie, I feel like at this point in time if you name your film "Dracula" you're just asking to be lost in some sort of long IMDB search. You've kind of given up. Just name it "Vampire Movie" and get it over with.