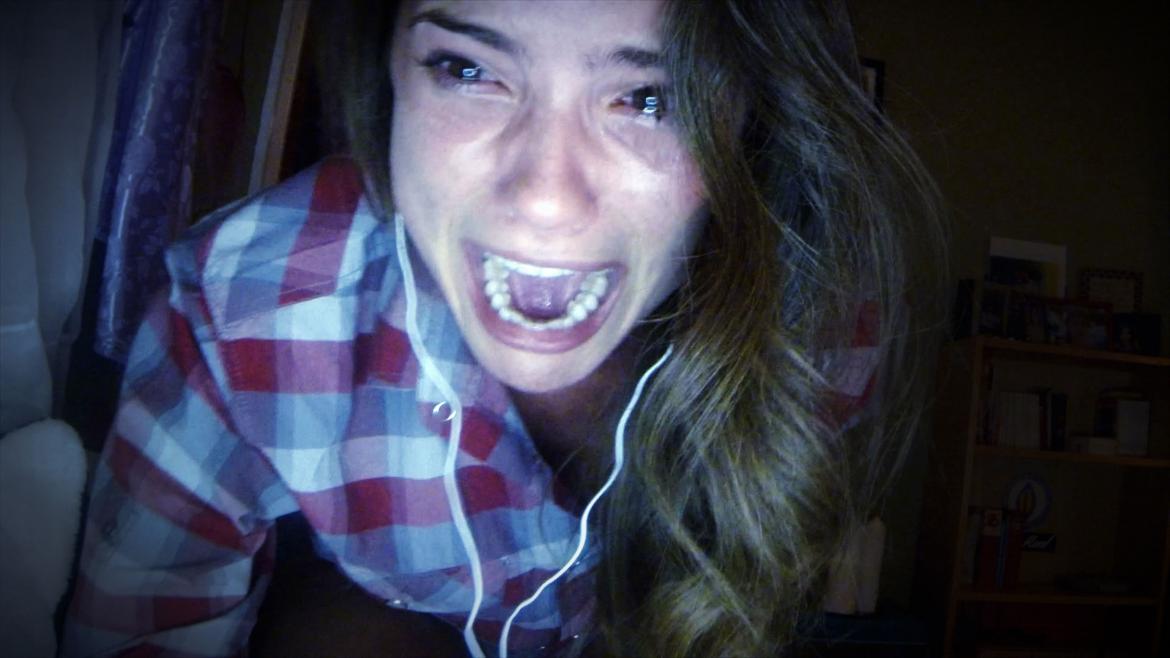 The new era of horror is here and it is not afraid to show its age. The lovers of the online world will feel right at home in the world that Unfriended builds around Facebook, Spotify and Google. Director Levan Gabriadze and writer Nelson Greaves dissected that spirit of the online world and infused it into a horror film for a new generation. Unfriended is a fresh approach to the genre as it isn't exactly a found footage or possession movie of recent years. Although its focus on novelty means that there are many unique moments to praise, it can't completely avoid falling on the sword of horror tropes of the past.

Unfriended tells the story of six friends a year after the death of their best "frenemy" Laura Barnes (Heather Sossaman). Told entirely through Blaire's (Shelley Hennig) computer screen, viewers are shown the video of Laura's suicide as well as the events that lead to her decision to take her life. On the night of the anniversary of Larura's death, Blaire, Mitch (Moses Jacob Storm), Val (Courtney Halverson), Adam (Will Peltz), Jess (Renee Olstead), and Ken (Jacob Wysocki) meet up on Google Hangout to plan a night out. As Mitch and Blaire are seducing one another over iMessage, they both receive a Facebook message from Laura's account. Believing it to just be a hacker, the friends begin to turn on one another trying to find the disturbing culprit. The identity of the person controlling Laura's account is quickly revealed and the friends are forced to confront their issues with one another, and the bullying that changed Laura's life forever.

The most inspiring aspect of the film is understood as soon as the Universal logo downloads to the screen. The entire film is shown through the lens of Blaire's computer. Viewers see her click every link, pick every song on Spotify, copy and paste information, and delete/rewrite every message she plans to send. The other characters are introduced through her interactions with them on iMessage and the Google Hangout video chat. At first this approach feels very overwhelming, as it sets in that the entire film will rely on keeping the computer screen engaging. It was a risky and strong stylistic choice, but thankfully it pays off tremendously as the confined nature of the computer screen adds a strong claustrophobia for the viewer once the horror begins to unravel. The only downfall with this choice was to shoehorn in a website that talks of teens committing suicide over "possession" occurrences. It feels far too pandering and goofy for a premise that started strong. Also, the constant need to show all through the computer screen falls apart in the end as the characters fall into the horror tropes of the past. Instead of running out the front door from the killer, they run upstairs. Here, instead of shutting off their computer, they click a link.

The teens themselves are as self involved and obnoxious as one would expect, which technically works well for the nature of the Unfriended beast. Their issues that unravel aren't always as deep and scandalous as one would expect from a horror movie, but as the story unfolds, the sins become deeper and more vile. There were some choices made by characters that felt completely ridiculous, such as Adam pulling out a gun on Google Chat to intimidate "Laura". It's as if the film needed to remind viewers they were watching a movie and not an actual account of horror.

The big question: is this a game changing film for the horror genre? In a way, it is, but only for right now. The film set up a lot of fun and interesting approaches to draw in the new generation as well as satisfy the old, but the ideas weren't taken as far as they could have been. Overall it feels fresh and trendy, but perhaps a bit contemporary, so much that the idea of re-watching years from now seems ridiculous.

The Cabin in the Woods