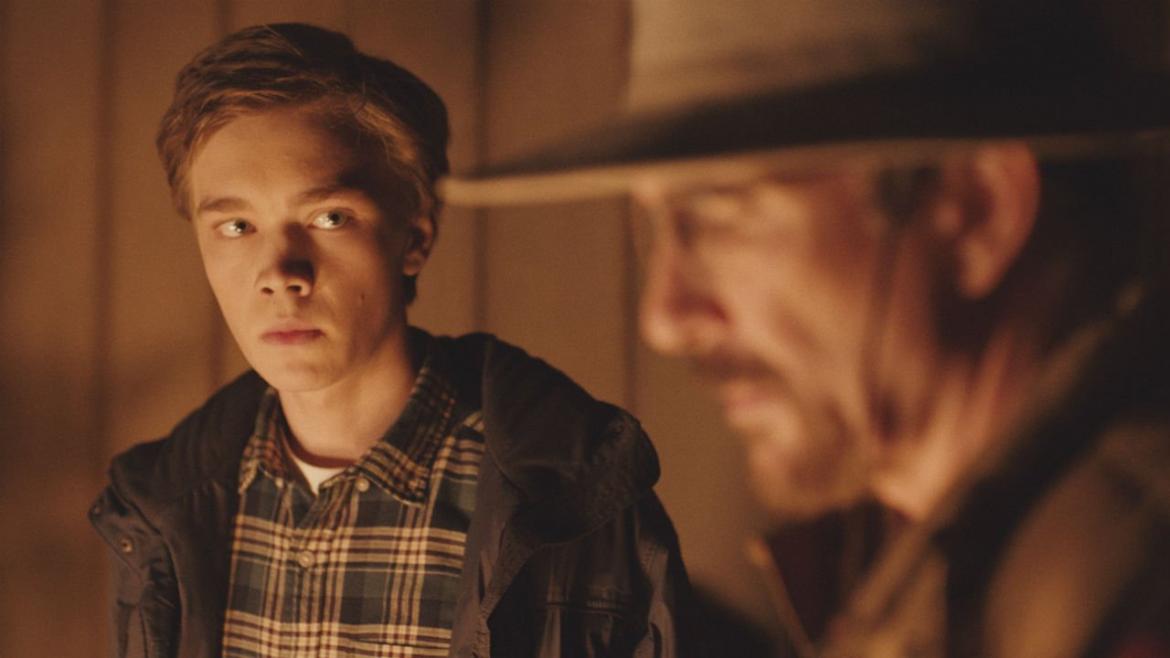 The domestic focus in the horror genre that can easily be played the wrong way. There have been several fantastic films that have made the home feel more horrific, from Rosemary’s Baby to Halloween to The Exorcist. On the other hand, networks like LifeTime have churned out story after story that sensationalized domestic terror to the point that it plays more like a grocery store romance novel and not required reading.

While Duncan Skiles’s The Clovehitch Killer may look like another small town story of LifeTime quality, but it’s actually an understated and disconcerting look at Americana crime. The story follows Tyler (Charlie Plummer), a teenager living in a small town in Kentucky that’s been rocked by serial murders for over a decade. After Tyler discovers a graphic photo in his father Don’s (Dylan McDermott) truck, he begins to believe that perhaps his father has been the serial killer that everyone’s been afraid of for so many years.

While the "Is this person in my family really a killer?" premise has been done before, The Clovehitch Killer’s performances, writing, and direction elevate it above what we’ve experienced in the past. Both Plummer and McDermott deliver fantastic performances, with Tyler’s slowly growing paranoia coming through in each frame and Don’s complicated role as protector and killer confusing everyone close to him.

Thanks to Christopher Ford’s excellent script, the dynamic and ever-growing tension between Tyler and Don never stales. There are a handful of twists that destroy any preconceived ideas about what direction the story will go, making for a nail-biting ride. Skiles's movement of the camera and deliberately slow pacing also pack a punch, as it’s unclear when terror will pop up, similar to John Carpenter’s Halloween.

Perhaps the only downside to an otherwise stellar film are the characters outside of the Tyler/Don relationship. Tyler’s friend Kassi (Madisen Beaty) acts as an avatar for the crime-obsessed viewers to relate to, and while that makes sense to include due to true crime podcasts and shows being extremely popular today, it also feels forced. It’s in these information dump scenes that the story starts to slump, when instead, it should be giving us another look at Tyler’s quest for answers.

Despite the small misstep, The Clovehitch Killer is a surprisingly restrained look at the modern serial killer. It delves into the emotional sides of both the victim and the killer without showing its hand. What’s more, the labored pacing and understated performances create a tense and realistic experience that makes the idea of terror in the home that much more chilling.

The Bird with the Crystal Plumage