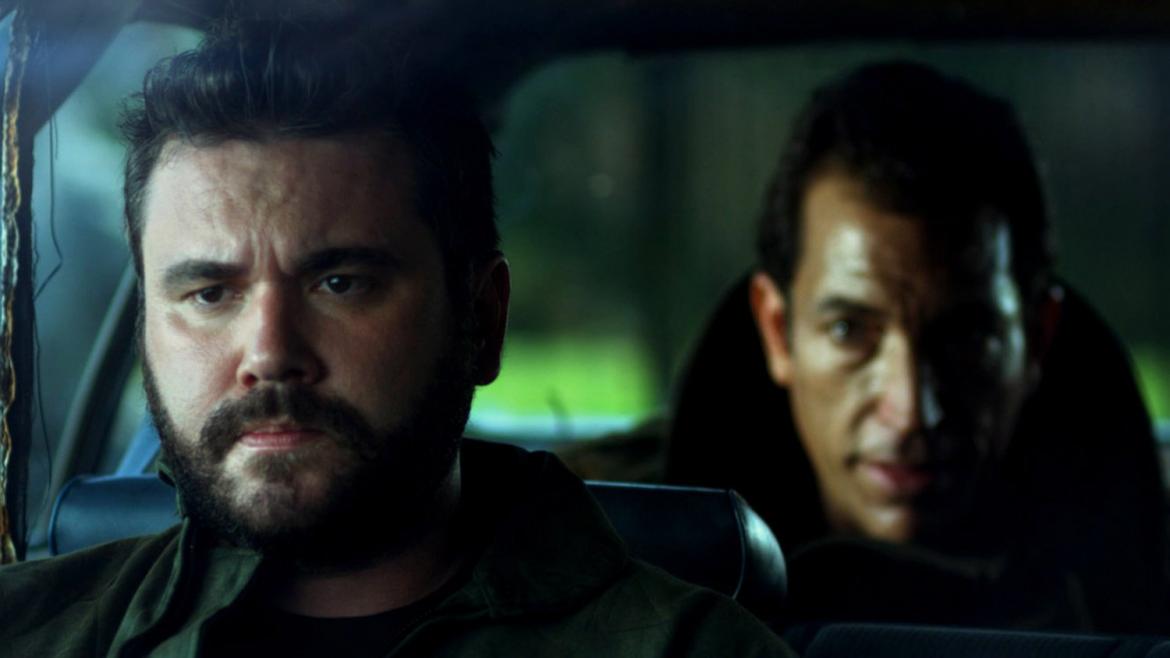 Horror movies with a crisis of identity tend to be the most frustrating of experiences. Such is the case of Padraig Reynolds’ Rites of Spring- a kidnapping caper disguised as a ritualistic sacrifice flick, with elements of a creature feature….but it’s also a slasher. Confused? You’re not alone. Sadly the lack of genre focus is the least of the movie’s problems.

Rites of Spring sets up two stories on a collision course. Ben (AJ Bowen) has been fired following a blunder at work that wasn’t his fault, to set things right he and some accomplices plan to kidnap his boss’ daughter and hold her form ransom. Rachel (Anessa Ramsey) is the girl responsible for Ben getting fired and after a night of drinking is kidnapped with a friend by an old man conducting a mysterious ritual in exchange for a fruitful and early harvest. Rachel successfully escapes with a strange creature in hot pursuit when she stumbles across Ben’s botched kidnapping and puts everyone in the creature’s crosshairs.

Dipping toes into multiple genres isn’t really Reynold’s issue, it’s that not one of the concepts he’s flip flopping between is even close to being fully realized. As a first feature the auteur made things harder on himself by not committing one way or the other. Either be a kidnapping caper or be a movie about ritualistic sacrifice. Either be a creature feature or be a slasher. It’s tough to have it both…or on this case, four ways.

It’s not as if Reynolds doesn’t show promise as a director. The movie looks great and there’s clearly skill on display behind the camera. The film fails spectacularly at script level and ultimately in the direction of the actors. A bad script can be elevated by the actors, but here the actors barely seem to understand what their purpose happens to be. Plot holes, poor character decisions, pointless actions, and an aimless story are the matches struck to burn Reynolds vision to the ground.

There are way too many questions with few answers when all is said and done. There’s a inkling of a good idea somewhere buried in the frames of Reynolds feature, but it’s lost in undeveloped mumbo jumbo and overused cliches. Rites of Spring is a deeply flawed flick from a director with an keen eye but a woefully misguided pen.