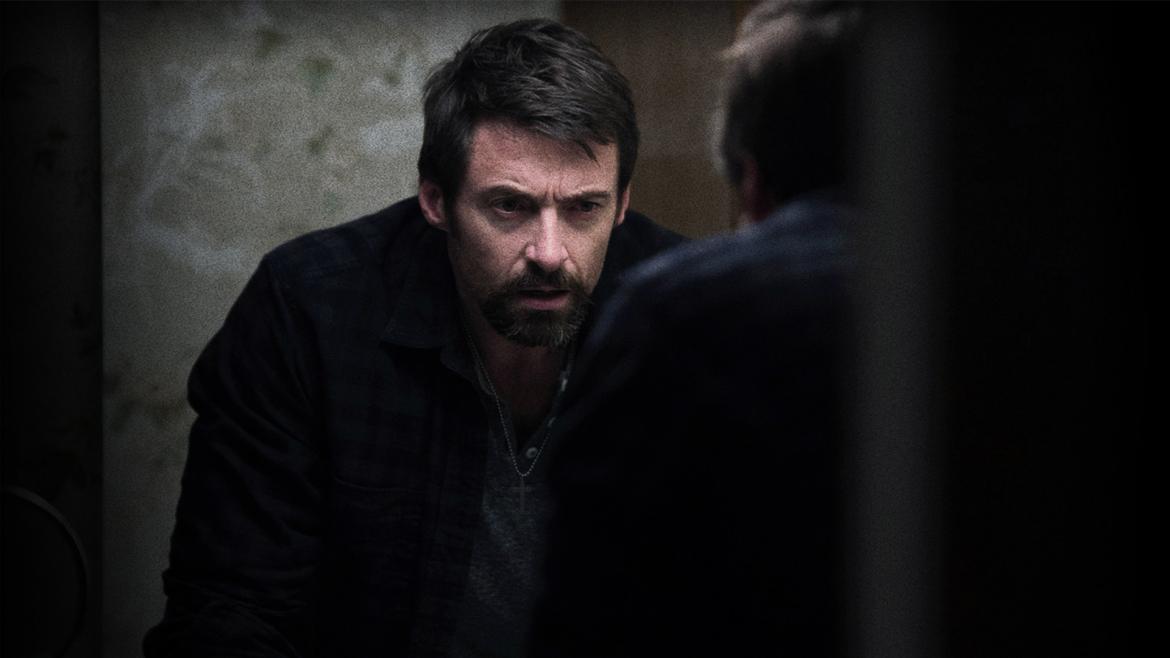 As with any horror sub-genre type, the more films that we consume the more we become aware of the rules and possibilities. The slasher genre had its deep cuts during the early to late 1980’s but eventually their impact became that of a paper cut due to their paper thin plots and supposed ending twists. Even the thriller genre isn’t free from fizzling down to a pile of ash. The number of mystery films released with a solid misdirecting plot has become so dismal that any sign of a new iteration is exhausting. However, every now and then, a shining beacon of hope beams its way through all the repetitive mess. In comes the 2013 film “Prisoners” directed by Denis Villeneuve. From its exterior, “Prisoners” portrays itself as a typical child abduction story but once the events start to unfold, its clear that we’re dealing with a twisting ride that makes you sit back, shut up, and just enjoy.

“Prisoners” creates a fairly simple foundation of a story that builds upon itself. Keller Dover (played by Hugh Jackman) and his wife Grace (Maria Bello) are living the simple life in suburban American. Along with their teenage son Ralph (Dylan Minnette) and young daughter Anna (Erin Gerasimovich), they live just a few streets away from their good friends Franklin Birch (Terrence Howard) and his wife Nancy (Viola Davis), who also have a young daughter, Eliza Birch (Zoe Borde). On Thanksgiving the Dovers make their way to the Birchs house where they eat and celebrate another year of family and friendship. Young Anna and Eliza ask to go play outside to look for Anna’s missing whistle to which Keller allows. Several hours pass and the parents learn that the girls are still not back from earlier. They go looking in the girls usual spots to play but see no sign of them. Their panic grows as Ralph explains that a random RV had been idling near their house and the girls had been near it earlier in the day before dinner. Keller and Franklin get the police involved which brings in Detective Loki (Jake Gyllenhaal) as the spearhead for their daughters' case. Loki tracks down the RV driven by the young and aloof Alex Jones (Paul Dano). Alex shows signs of disturbance and mild mental deficiency but is taken into custody to learn more about the girls' disappearances. After no physical evidence or hint that the girls were anywhere near Alex comes to the surface, the case becomes cold as Loki tries to navigate the enraged filled Keller and Alex’s frequent attempts to look innocent.

I won’t spoil any part of this film because it contains several twists. Overall this film contains several very strong points. The premise itself is one that has been done countless times over the years, but the direction “Prisoners” takes is one of awareness and focus on the characters involved rather than the abduction act. We are never shown the actual abduction which leaves us as clueless as the players in the story. This makes it clear that we may never know what happened to the girls. It’s a refreshing approach that doesn’t try to shock us with some outlandish and evil abduction. The largest strength past the premise lies within the characters and more specifically, the actors involved. It doesn't become a good vs evil story, but rather a focus on how far humans will go to learn the truth and feel redeemed. Focusing on Keller and his dealings with Alex is fascinating due to Jackman and Dano’s superb acting chops. Due to our own blindness to the truth of the story there are events that unfold where we don’t know for sure who to believe. Keller, being our looking glass, may have biased views which skew our perception on reality within the film. His rage for revenge and clarity cause him to misunderstand events and even hear dialogue that was never spoken. Dano's character also shows competing signs of being guilty as well as innocent where the line becomes blurred as the film rolls forward. The friendship between Jackman and Howard comes the front of the story as Jackman begins to spiral out of control dragging Howard with him. Gyllenhaal as Loki takes the subtle direction of a seasoned detective without forcing dialogue and flashbacks on us that explain his character. Gyllenhaal manages to portray all of Loki’s history through even a subtle twitching mannerism. Its these small but effective moments that help us build a case on each person. The most intriguing part of “Prisoners” is where it takes the story. The plot being fairly simple at first, transforms into a mystery revolving around several different stories and cases that eventually reveal their importance to the missing girls. Every piece of the puzzle is given out subtly; creating a balance where each is never hidden and is never forced. The great part is that the ultimate outcome does not cheat or trick the audience. It creates a reviewing quality to see how the events make sense after knowing the truth behind the abduction.

I often watch these types of movies and spend the entire run of the film calling every turn and supposed “twist” that they dump out. Sitting in a theater during this film creates one of those magical moments where everyone looks confused at the same time, the faint whispers of ideas of the twist make their rounds around the theater, and the silence becomes palpable when the ending is revealed. That alone speaks volumes to the level of complexity and maturity that “Prisoners” holds. The intriguing and perplexing plot is magnified through the acting performances and solid character development. In a world of watered down mystery thrillers, this film stands strong with the likes of “Silence of the Lambs” and “Don’t Look Now”, which is as high of a stamp of approval as a genre film can get.