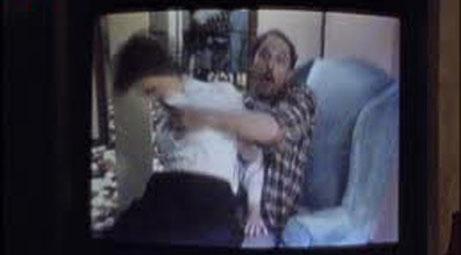 The Serial Killer film exists in that ineffable space between and within multiple genres. There are definitive strands reaching back to noir, slashers, and some city symphony films. There have also been so many serial killer films as to perhaps make their own genre altogether apart from horror or suspense thrillers. As of late television seems to be the new home for these narratives, strung out in season long arcs or crammed into the exploitation story-of-the-week on the latest versions of CSI or Law & Order. The worst of these stories have the stale, repetitious quality of forcing pop psychology understandings of criminal pathologies. Personal psychological disturbances are catalysts for violence, nothing more. The best use the moments and people that make up serial killings and the subsequent investigations to explore the institutions and legal codes, actual and perceived, which are in place.

John McNaughton’s Henry: Portrait of a Serial Killer is a serial killer film which, like many before and after, adeptly balances between low-budget exploitation and critical esteem, a piece of art to be admired and revered. McNaughton knows that the division between high and low art isn’t exactly an impermeable line but is best regarded as a tool or frame for handling salacious material in unique ways. Indeed, the film is brutal and sensationalistic with a title that seems like it could have been a Corman AIP release in the early 60s. But rather than taking Henry’s actions as the given behavior of a disturbed individual the film becomes a meditative piece on the use of violence in art.

Set in a derelict Chicago Henry details the relationship between two ex-convict roommates named Henry (Michael Rooker) and Otis (Tom Towles). In an extended opening sequence, we are lead to believe that Henry has been murdering women all over the city in a number of gruesome ways. As the camera pans over/zooms out of the bodies a low drone plays in the soundtrack while a voices are heard screaming, an aural reminder of the events that transpired. It’s an effective strategy that forces us to view these bodies as consequence first and foremost. Henry goes about his day having breakfast at a diner and picking up odd jobs while Otis works as a gas station attendant and sells pot on the side. Their routine is shaken up when Otis’s sister Becky (Tracy Arnold) comes to stay with them in an attempt to escape her abusive husband. Henry and Becky strike a quick bond, relating their horrific childhoods of physical, psychological, and sexual abuse.

Henry continues his compulsive killing of strangers, though we still do not see the act occur. Rather, the film carries out the same strategy of showing us the bodies accompanied by sonic memories of the violence. We are first shown Henry commit an act of violence after picking up two prostitutes with Otis. As the camera pushes in toward the car, we hear sounds of sex eventually turn into sounds of pain as Henry strangles one of the women and breaks the neck of the other as Otis looks on. The pair begins to go out for a murder just as casually as they earlier went out for beer. Murder and torture have become the new cathartic experience from which the two derive some respite from their harsh living conditions and past traumas.

On the surface this sounds like the dreamt up nightmare of the wealthy, a misanthropic piece of apocalypse fiction that suggests an insane working class bent on violence, and at times, the film does have that flavor. But while Henry does provide some back-story to pathologize these actions, this is unreliable information. When detailing his murder of his mother, Henry can’t quite remember if he stabbed, shot, or strangled her. Instead, the film is more concerned with the ways in which we witness the violence rather than the reasons why Otis and Henry kill. Often filmed with a detached, unwavering gaze, we become increasingly aware of our presence as viewers. The act of viewing is further accentuated after Otis and Henry acquire a video camera, taping their murders and replaying at home. This footage is displayed to us on a grainy television screen filling the frame and played out in long shot. The process of archiving the sensational memory of enacting violence is highlighted through the recording and replay of the scene, placing us in the very uncomfortable position of being experience the act through Henry’s perspective.