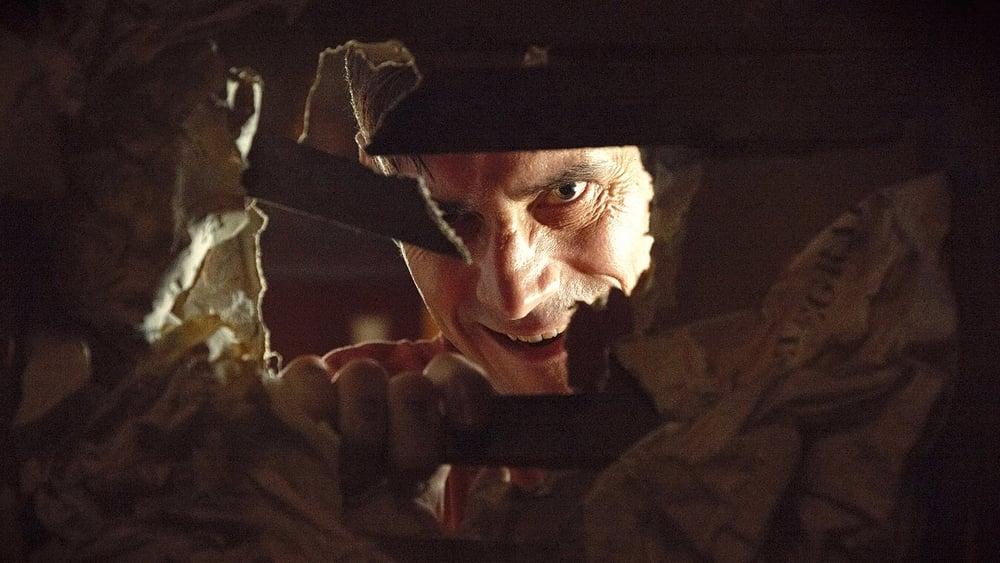 For those of us who fell off televised wrestling in the early 2000's it's perfectly reasonable to not have a clue who or what a CM Punk is. Phil Brooks, aka CM Punk, is likely to be saddled with his wrestling persona for the foreseeable future, his real name sharing space with his pseudonym not unlike fellow wrestlers who've made the jump to film. However, if Girl on the Third Floor is any indication, he's got a ways to go before he effortless wins audiences with his charms in the same fashion as a certain eyebrow-wiggling former wrestler lighting up the box office every other month.

To be fair, Brooks has been saddled with a much different role than that of a friendly demigod with a magical hook. In Girl on the Third Floor Brooks stars as Don, once known as King Don amongst his peers in Chicago. Don flees to the suburbs to leave behind some past trouble and to renovate a crusty, oddly gooey old house for him and his pregnant wife. The house, once used as a brothel, quickly turns out to be a renovation nightmare. He's ill equipped to get the job done and too weak-willed to resist the temptations of a mysterious woman frequently showing up at his door. His impulses lead to a shocking discovery that threatens the stability of his sanity and his marriage.

Perhaps the most baffling thing about Girl on the Third Floor is that 90% of its focus is on Don as a character. Brooks' performance, while not completely devoid of charm, is often quite wooden and his character as written has very few redeeming qualities. He's quick to anger, quick to be unfaithful, and quick to undermine his wife’s emotions. It's a complicated balancing act for a male writer (four in this case) to pull off and there's no real attempt at course correcting his character in a significant or meaningful way. If the whole point of the film is to highlight the contradictory and destructive nature of a toxic male character then it succeeds.

But it's not interesting. At a certain point Don's wife Liz (Trieste Kelly Dunn) becomes a focal point, telling us things we already know and revealing backstory to the troubles Don got into that had previously strained their marriage. It's at this point director Travis Stevens appears to be trying to inject a sense of female empowerment into this which is a much more logical and organic approach to the story. Unfortunately it’s too little too late.

The mysterious and eerie nature of the house being renovated offers a powerful opportunity to establish horror elements. Rather than build these qualities in a slow boil the film is content on a lukewarm simmer. Most egregiously the film substitutes sequences of Don working on the house for actual narrative development. Around every corner there's an ominous marble rolling around on the floor or entering someone's body, a female apparition with a mangled face, or gooey substances dripping into unsuspecting orifices. Yet for all of its posturing and suggestive visuals the film hardly ever feels like it's going anywhere with a purpose until the very end which feels woefully underdeveloped.

For many genre fans Girl on the Third Floor will consist of a whole lot of buildup to a few moments of action and little to no satisfaction. Given all the sultry glances, ooze, various other fluids and general horniness present in each frame of this film it's hard not to imagine the various suggestive influences Stevens may very well have been attempting to blend in with clumsy themes. Ultimately, Girl on the Third Floor is an expert example at teasing its audience. If only it had the stamina to carry it all the way.

Candyman: Farewell to the Flesh