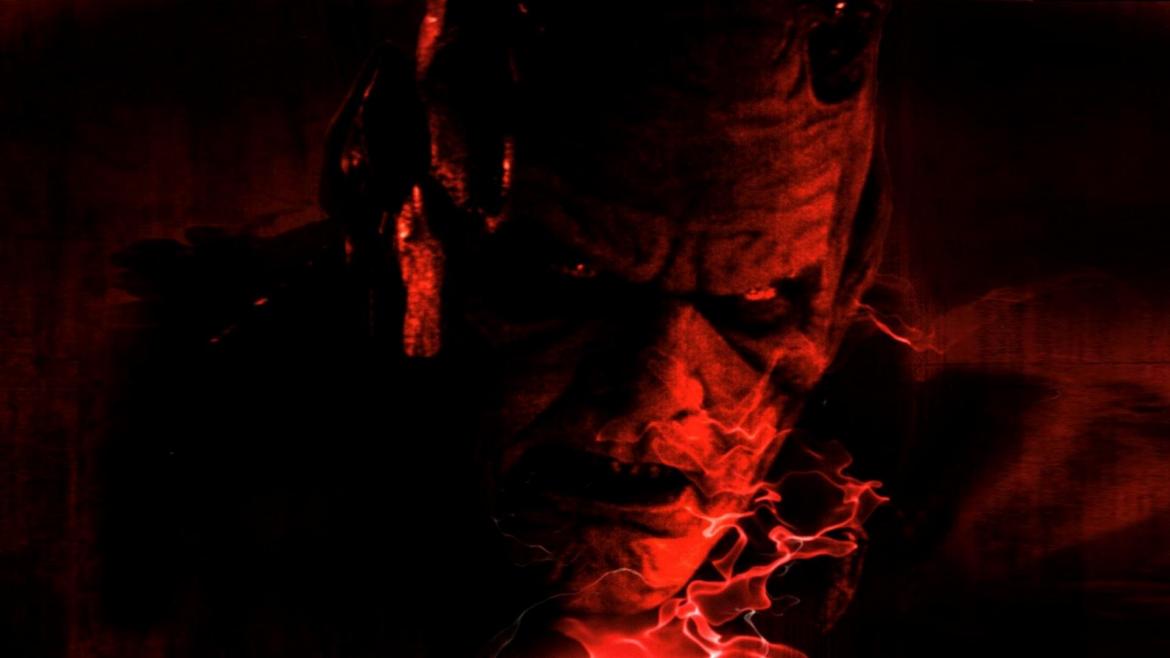 In Disney’s Aladdin, a genie is the catalyst for a wealth of comedic and pop culture-tinged mayhem – and the same is true for 1997’s good-not-great Wishmaster. However, the pop culture references in Wishmaster are such that only horror fanboys and fangirls will appreciate. And the mayhem – while still comedic in tone – is more of the “a guy’s skeleton rips its way out of his body” variety.

The premise of Wishmaster goes like this: If you wake a genie, or djinn because we’re fancy, he will grant you three wishes. Upon granting the third wish, all of his fancy djinn buddies get to enter our world and take over. That’s the position a bland appraiser named Alex (Tammy Lauren) lands in when she breathes on and rubs the wrong gemstone. Before this djinn (Andrew Divoff) does the three wish thing with Alex, he goes on a tiresome side mission to charge his powers by wordsmithing a clown car of one-note side characters to death. Since they didn’t wake him, they get only one wish, which he delivers with a Monkey's Paw slant.

Those one-note side characters are played by a murderer’s row of horror veterans including Tony Todd, Robert Englund, and Kane Hodder. Director and special effects wiz Robert Kurtzman suspects horror fans will delight in watching his Wishmaster go toe-to-toe with the likes of Candyman, Freddy Krueger, and Jason Vorhees. Incidentally, it’s not just the cast that’s a patchwork of horror references. The same goes for the film’s plot and set pieces. The movie crops together bits and pieces of Scream, Nightmare on Elm Street, Hellraiser, and Candyman among others. While all of this reference-spotting is indeed fun, it really shouldn’t be your movie’s greatest joy, which it becomes in Wishmaster.

The only thing that comes to close to being as consistently fun as reference-spotting is the performance of Divoff. The guy has a powerful presence, a pitch-perfect voice, and the right amount of middle-stage Freddy hammy-ness to elevate the djinn above this so-so movie to a place as one of horror’s more memorable villains.

Less consistent are the film’s twisted wishes. Some of these, like a gag involving a med student’s eyes and the opening doomed party sequence, work exceptionally well. Others, like the young forever bit, are good in theory, but fail in execution. Still others, like those granted to Todd and Englund, fall short. In terms of Todd’s wish, the way in which the Wishmaster twists his words isn’t so much clever as it is eye-roll worthy. As for Englund, his wish is a rehash of something we’d already seen; only this time it goes on for too long and features living statues.

Wishmaster is one of those movies where, if you saw it as a young horror fan, you may look back upon it fondly. Revisit it with older, wiser eyes and some of that shine wears off. The movie is gory as hell, goofy, and sports an iconic villain and premise. However, in between the sight gags and word games that land, and the references, is an undeniable monotony that may have viewers pining for Disney's take on the genie mythos.