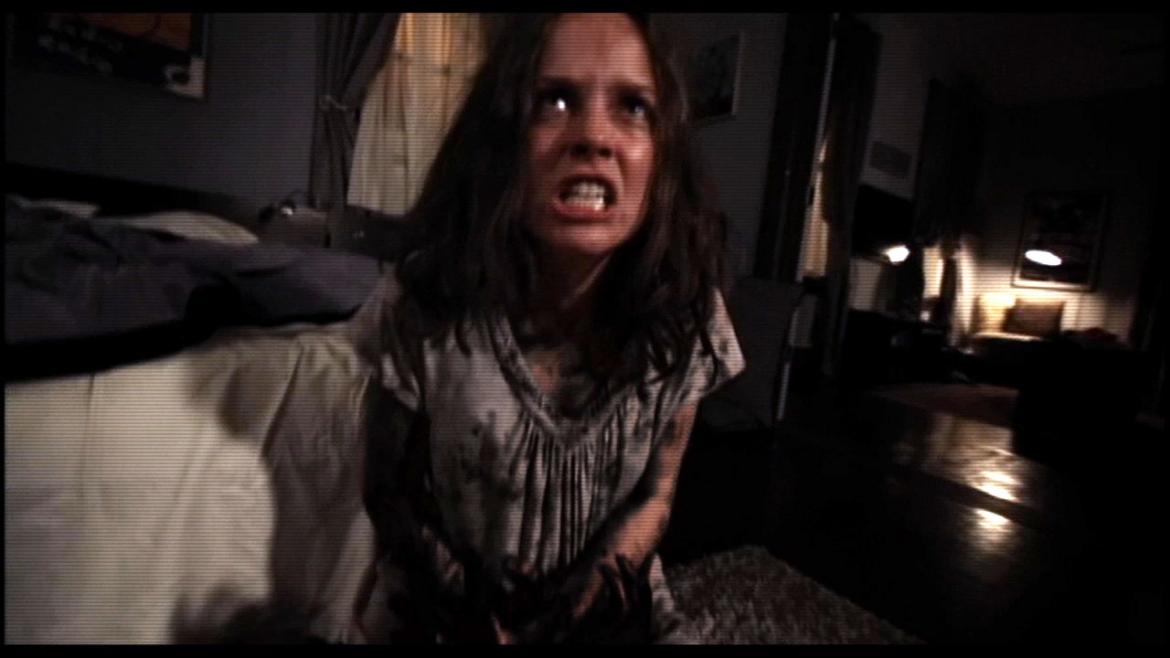 The subjects of pregnancy, birth, and motherhood have proved to be one of the most fertile grounds (pardon the pun) in horror fiction in both longevity and richness. They are tropes that relishes in some of the most drastic of physical changes brought upon the human body while also confronting or affirming how our culture views women and regards the female body. These thematic and ideological questions become more complicated when translating these stories to the visual and auditory world of cinematic representations, including television. As such these stories have an extra ideological weight that directly relates to some of horrors greatest strengths and problems.

“Devil’s Due” is another entry into this conversation. Following some would say their break-out success with “V/H/S” the Radio Silence collective—not credited as such but operating as directors (Tyler Gillet and Matt Bettinelli-Olpin), cinematographer and visual effects (Justin Martinez), as well as executive producers (Martinez and Chad Villella)—have teamed up with veteran producer John Davis and newcomer writer Lindsay Delvin. But while the collective’s technical prowess is put on display once more they seem listless and stumbling in feature length territory.

Zach (Zach Gilford) and Samantha (Allison Miller) are a pair of saccharine newlyweds who make your teeth hurt just watching them. Sam has spent her life in foster homes following the death of both parents in a car accident during her birth. Apropos of this absent family history Zach is inspired to compulsively record their lives; a tradition he is carrying on from his father. Nevermind that the film seems content in assuming Sam’s foster experience couldn’t compete with Zach’s marshmallow idea of family (or that the first minutes of tape in this family history is rendered as though Zach is a stalker breaking into their home). After returning from a honeymoon in the Dominican Republic Sam finds herself pregnant despite religious use of birth control. As the pregnancy advances some creepy strangers with staring problems besiege the couple, Sam exhibits some violent, erratic behavior, and Zach uncovers unseen video footage. All signs point too a Satanic cult set upon raising the Antichrists. Yes there is more than one…you know, to have a sequel.

Like any found footage movie, regardless of intent, the method for how, why, and from who the film is being displayed to us is of near equal importance as the narrative and visual elements. The mechanisms of recording and displaying the footage in “Devil’s Due” are almost entirely arbitrary aside from Zach’s overindulgent plea to nostalgia. Transitions become tedious and ill-informed as we bounce from a police interrogation, surveillance footage, Zach’s videos, Satanists’ surveillance tapes, and a video of kids goofing off in a park. The lack of a clear framework or aesthetic connective tissue results in tiresome transitions and a lack of consistent tone. We are shuffled between rather cheap jump scares to Zach’s affectionate cooing with no real sense of urgency or indication as to why we are viewing this material or what we are to make about the passage of time. It’s a non-sequitor of a movie that is built as though we are being shuffled through recommended You Tube clips and a bland couple’s home movies.

Gilford and Miller are likeable enough with a solid chemistry early in the film and some decent performances of some of the most sincerely banal declarations of love that mostly involve Gilford staring into the camera and looking misty. But so little concern is given to an actual arc experienced by these characters it is difficult to see them as people. Again, reminding us of clipped segments almost as though we are watching more brutal and fantastic fail videos. The couple is forced to shuffle from ecstatic to terrified and miserable with such disregard that it becomes difficult for us to experience any empathy or sympathy. The tragedy that ends the film is left deflated and ineffective. By the end of the film we are left with such an apocalyptic finality that the pop song that plays over the credit provides a helpful if not slightly malicious dissidence as we recall Sam and Zach singing the very same song before the Satanists swallow them up.

“Devil’s Due” also suffers from a reversion to some of horror’s worst attributes by making Sam’s body both the site of the horror’s origins as well as an object of our gaze. Throughout the film Sam’s body and her actions are subjects of both Zach’s intrusive staring (i.e. the audience) as well as our repulsion. This simultaneous leering and disgust t is perhaps even more deceptive in that the found footage framing mimics the now everyday act of recording, normalizing our staring and reactions to Sam as natural. What is also under attack here is not only Sam’s body but also conventional ideas of family and marriage. This is further accentuated in the fact the one source of information on these occurrences is a Catholic priest who is driving mad and made unable to help them. The source of horror interrupts the upper middle class world to bring about an Apocalyptic Dystopia as administered by nameless proletariat Satanists who are chameleon and for the most part generically “ethnic”.

The comparison of “Devil’s Due” to “Rosemary’s Baby”, while a little forced, is not without it’s merits particularly when the filmmakers and producers had been considering the comparison in pre-production. Where a film like “Rosemary’s Baby” succeeds is in the film’s attention to Rosemary’s experience as a person and not just a suffering body. She is the victim not of faceless generic rabble but of forces that exploit her. Where Rosemary is our center, this film makes Sam the abject source of horror. What is amiss in “Devil’s Due” is any consideration of Sam’s subjective experience, failing to advance the genre or expand its boundaries.