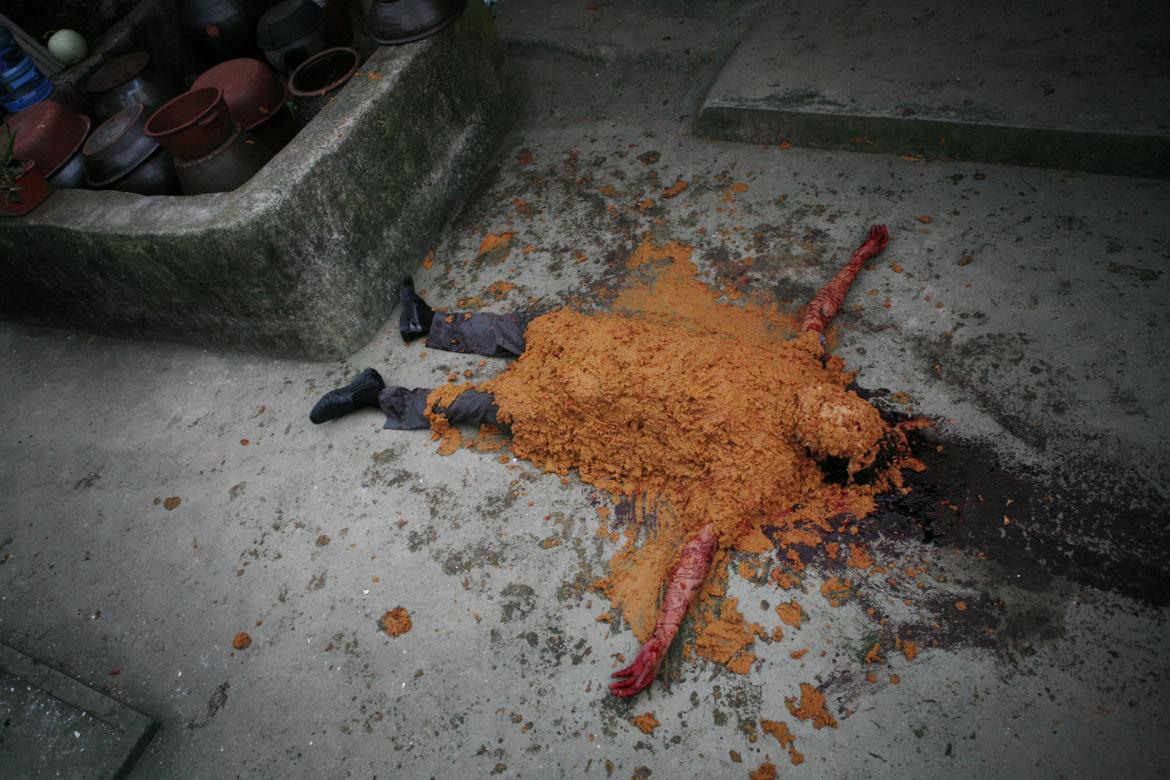 Rape-Revenge films are perhaps the most polarizing of genre movies. The aggressive voyeuristic nature in which most of these films marvel in both extended victimization and shockingly rendered vengeance are a distillation of some rather sticky ideological obstacles inherent in creating a narrative visually and aurally. And let’s not forget with the intent of making money. They are at once exploitative and yet not without (sometimes) greater purpose in mind. What is also fascinating about these stories is their diffusion across various levels of taste and medium. A prime example being the relationship of Wes Craven’s “Last House on the Left” to Ingmar Bergman’s “The Virgin Spring” (See the late Robin Wood’s “Hollywood From Vietnam to Reagan”). More contemporary examples can be found in the reception of “Irreversible”, “A Serbian Film” or the more mainstream “Law and Order: SVU”.

At this point in film history any movie delving into such material best be more concerned in the elaboration of this particular story rather than the originality of it. In “Bedevilled” director Chul-soo Jang and writter Kwang-young Choi have unleashed yet another version of this genre staple. And while the overarching elaboration of the film hits many of the threadbare genre beats the filmmakers work to update, expand, and complicate a story that to this day seems to only go one direction. Together with strong leading performances, particularly from one of the most hellacious mother-in-law’s in moviedom, “Bedevilled” brings enough of a new focus to revitalize a relatively bludgeoned genre corpse.

Hae-won (Seong-won Ji) is a solitary loan officer living in Seoul. She is intensely detached from the world around her, conversing mostly through text messages, ignoring the pleas of a woman under attack, and refusing to double check a loan for which an elderly woman is applying. At home we watch her chug cans of Guinness as though they were the last drops of liquid on the planet. Meanwhile an unidentified party continuously leaves Hae-won unreturned voicemails and unopened letters. After an incident with a coworker results in her unofficial suspension, Hae-won journeys to her native home of Moo-do island, a small agricultural community subsisting mostly on cash crops and exported honey. Once there we learn that her childhood friend Bok-nam (Yeong-hie Seo) is responsible for the unrequited communications. Soon it becomes apparent that the island is less idyllic pastoral getaway and more of a repository for brutal childhood memories and ongoing physical and emotional abuse. Bok-nam suffers insults, fists, feet, and cocks of nearly every resident of the island, seemingly made up only of a distantly related family. But it is also a fear for the safety of her daughter Yeon-hee (Ji-Eun Lee) that drives Bok-nam as she suspects her husband of molesting the child. Soon her repressed fear and anger begin to erupt, provoking Bok-nam to…well, ya know, fuck mother-fuckers up.

This dual focus narrative between Hae-won and Bok-nam enriches “Bedevilled” into something more interesting than its generic origins may imply. From the beginning of the film we are shown that this is at first Hae-won’s journey toward self-awareness, forcing her to confront past traumas and regain some sense of social responsibility. We are then introduced to Bok-nam’s more explicit rape-revenge arc witnessed, indirectly at first, by Hae-won. Bok-nam hopes for a life safe from the cruelty and humiliation inflicted upon her and Yeon-hee by her husband Man-jong (Jeong-hak Park) and his family. Like Hae-won before her, she views Seoul as a literal baptism that will wash the signs of the island, physically signified by a fierce yellow tan, off of her body and make her as clean as Hae-won who even arrives on the island in a white dress that figures prominently later in the film. But what we see of Seoul mirrors aspects of the isolated population on Moo-do. The Moo-do community is ruled by traditional means of patriarchy and the sexual politics that favor male desire over female will. Man-jong continually orders a prostitute for himself while his brother rapes Bok-nam and their mother pontificates that, “A woman is happiest with a dick in her mouth.” And while the world of Seoul is far less explicit, the film attempts to make correlations between attitudes that permeate the city and the isolated island. The fact Hae-won works in a loan office reinforces and expands this critique of social responsibility and exploitation in a more tangible, contemporary fashion.

Although “Bedevilled” makes attempts at tilling out some fresh truths from a rape-revenge narrative the film remains at times tethered too tightly to its roots. At just a shade under two hours the brutality and humiliation inflicted on Bok-nam begins to feel a touch superfluous. I’m an admitted glutton for punishment and I wallow in most things excessive. But the boundaries the film pushes seem less concerned with furthering Bok-nam or Hae-won’s experiences with their suffering and repression. It gets to a point when the horrible injustices lofted at them become tiresome and frustrating. Lastly, the film attempts to inject a potential sexual relationship between Hae-won and Bok-nam that supposedly originated in their youth. The film seems uncertain how to deepen their friendship in any other way and so defaults to sexual coupling. Rather than their lesbian relationship resulting in something more complex it feels rigid, uncharacteristic, and overly melodramatic.

There is something to be respected in a filmmaker who can make a story so derivative while still retaining some sense of urgency, relevance, and humanity. “Bedevilled”, in many ways, succeeds in pushing through the murky tributaries of socio-cultural material that flow into these tales; wading through the possible reasons and symptoms that contribute to a greater social evil that permeates both city and country. And while the length of the film and its unsurprising narrative development take their toll, “Bedevilled” remains one of the more competent and interesting takes on contemporary rape-revenge films.