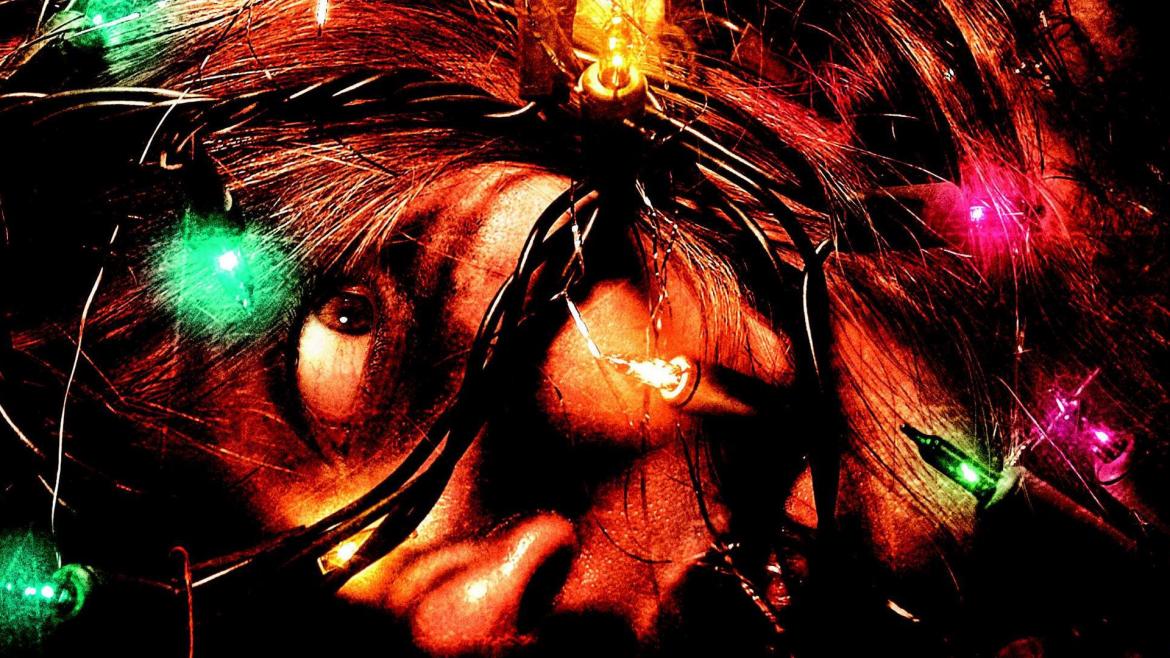 Regarded by many as one of the first slasher movies, 1974’s Black Christmas gave us a whole host of tropes (both stylistic and narrative) that have become common in the parlance of the genre; from the shots that force us to watch through the eyes of the killer, to the classic line about the call coming from inside the house. And while it doesn’t always make the list of larger than life slasher classics, fans of the macabre and of spooky film no doubt have a special place for it in their hearts. Unfortunately, we aren’t here to extol the virtues of this film, but to examine its 2006 remake.

Much like a string of Christmas lights with faulty wiring, this movie fails on every level to shine as brightly as the source material that it’s based upon. Its principle sin seems to one that afflicts many remakes, both within and outside of the horror genre. Namely, its attempts to distance itself from the original and to creatively retell the story, it seems to miss much, if not all, of what made the first film so memorable. The 1974 film concerned a nameless and faceless stalker living in the ceiling of a sorority house, terrorizing and picking off the sisters over the holiday break. We hear his voice and we see through his eyes, but we never learn much else about him. Aside from one shot of his wide eye staring through the crack in a door, we never even see him. By contrast, the remake starts out by laying down some pretty heavy mythology about a boy named Billy who lived in the house as a child and was forced to live in the attic by his mother. This killer has a disturbing past, a criminal record, and yellow skin. The lack of mystery lowers the stakes demonstrably before the movie even really gets going.

Things don’t get much better from there. Aside from a story that seems to do both too much and too little, we are presented with characters that are either aggressively unlikeable or completely forgettable. Where the first film gave us a cast of characters who were interconnected and full of foibles, this movie throws a bunch of stereotypically hot women in a house and asks us to care about them, without giving us much reason to do so. The acting is over the top and what little relationship is created between the various players feels superfluous and odd.

It is also worth noting here that while the original managed to tell a story of women being watched and killed, it managed to do so in a way that was not only not exploitative, but managed to contain moments of feminism that were not characteristic at the time. This film undoes all of that work within minutes, managing to be creepy and inappropriate in gratuitous ways. The fact that this movie feels so offensive is downright shocking when you consider that the original opens with the stalker making an obscene call to the house wherein he moans all sorts of harassment (including the c-word several times). The remake hits an all time (and, in this reviewer's mind, unforgivable low when an unconscious young woman sleeping off her intoxication is sexually assaulted in her own bed before being murdered and the film suggests that she likes it.

This movie was the last film written and directed by Glen Morgan, who is best known for his work on the X Files, and his fingerprints are all over it. There are many parts of this movie that feel like they could have been lifted directly from that series. The relationship that Billy has with his mother feels like a nod to “Home,” while the character of Billy must certainly be an homage to Eugene Tooms. Watching this movie, one can’t help but notice that Morgan knows the original well and had some interesting things he wanted to try, and they simply do not work. He has since come out denouncing this film and blaming the Weinsteins for its faults.

We may never know how this movie turned out the way it did, but what I can tell you is that it is certainly not worth the watch. If you’re looking for a festive fear fest, search out the original and do your best to forget that its successor exists.