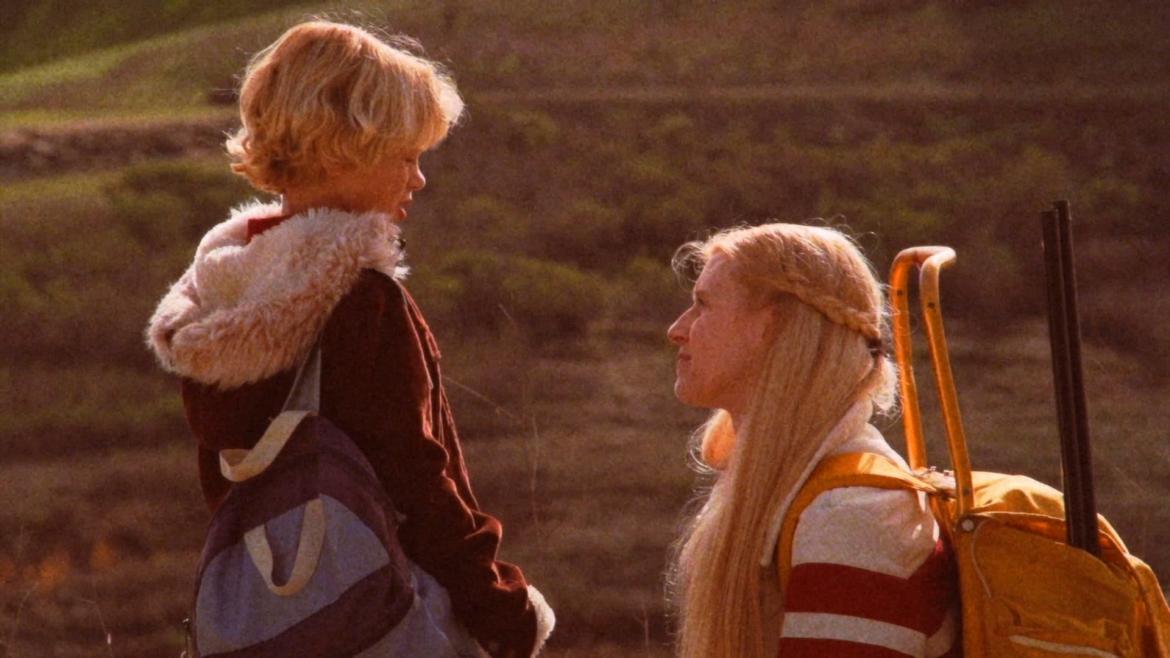 “Hell is paved with good intentions”
- John Ray, cited as a proverb in 1670

We all know this classic aphorism and it proves true in Antrum, a delightfully cursed debut flick from co-writers and directors Michael Laicini and David Amito.

The filmmaker duo announce their intentions boldly, stating in the tagline that Antrum is “[t]he deadliest film ever made.” A wrap-around story claims that the film has resulted in the deaths of its audiences, usually via tragic accidents or unexplained medical conditions. We are told it will now be presented for the first time in its full form. In recalling a classic gimmick from the 1931 Frankenstein we’re even offered 30 seconds to leave the theatre before it’s too late.

As the 1979 film Antrum begins we see a boy experiencing a nightmare of his pet dog defending to hell for misbehaving (Warning: the film starts with a Marley & Me). His sister decides to take him to a forest with an unusual amount of suicides and they proceed to dig a hole to hell in the place where Lucifer fell from heaven. As the two descend deeper into the layers of hell, the imagery becomes a mix of Dante’s "Inferno," Virgil’s "Aenead," and the "Lesser Key of Solomon" for good measure. We question whether the pair are really in hell or if this is an elaborate way for the sister to help the brother grieve their dog’s passing. We meet a phantasmagorical cast of characters along the way and the story ends with an emotional haymaker that will leave you too distraught to properly assess the Adam and Eve symbolism.

An antrum in medicine is a nearly closed cavity such as the opening to the stomach. There are two antrums present here: the literal gates of hell in the 1979 filmstock and the film you are watching. Antrum’s characters have contrasting character arcs about the nature of reality with no definitive answer. Similarly, the audience is asked whether the act of observation and belief open the antrum in our world or if the film purely psychosomatically affects audiences. These questions about cursed media will captivate you after the credits roll.

With the use of 35mm the filmmakers manage convincing mimicry of 1979 film style. The cinematography utilizes the superimposition of creepy images and disorienting jump cuts familiar to the era. This technique was dabbled with in Grindhouse (2007) but Antrum approximates it with better results. The score is haunting, deploying atonal beats, weird counter melodies, and a level of ingenuity that rivals recent high-budget horror film scores. This film was clearly made on a low budget, but many practical creatures and effects find more purchase in our imagination rather than a giant CGI monster.

While its purpose is apparent, the film’s wrap-around story is its weakest element. Technical professionals over-explain elements of the cursed film reel we intrinsically understood. One of the talking-head commentators even mentions other killer films like Ringu (1998), The Ring (2002), and John Carpenter’s Cigarette Burns (Masters of Horror S 1, Ep 8, 2005). Furthermore, the wrap-around is used to justify Antrum 1979’s sudden ending that may not satisfy some horror fans.

The co-directors are no strangers to alternate reality games (ARGs), previously making the Mr. Tom series on YouTube. They have been playing this film as completely real in interviews. People will likely compare this to The Blair Witch Project (1999), but it strikes me as more reminiscent of Lake Mungo (2008). Sure, it has two people running around a forest to compensate for a minuscule budget, but it is the emotional moments and the amazing hidden frames that will disturb you to your core. Ultimately, this is a huge recommend for me. May I suggest watching it with a crowd, so you don’t die alone…?

Screened as part of the 2019 Buried Alive Film Fest