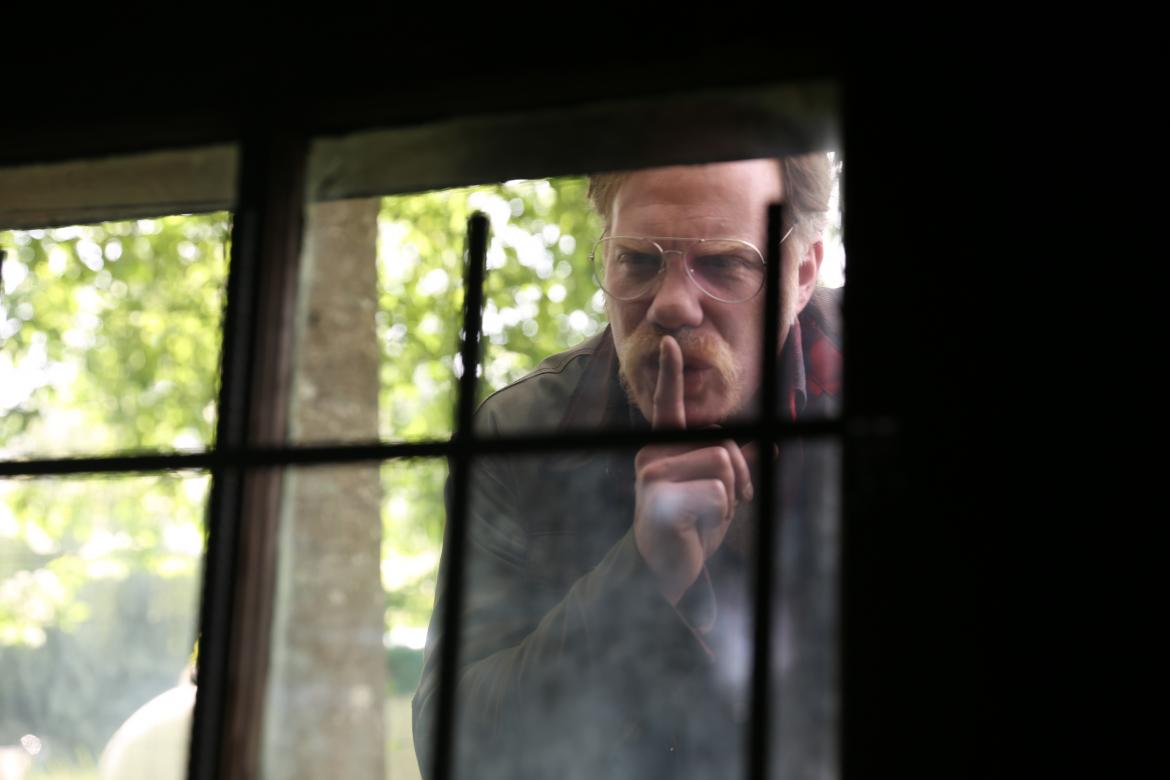 Bloody Good Horror returns to the Fantasia International Film Festival to review some of the fest’s 2020 virtual offerings. We would like to thank Fantasia for allowing us access to review these films.

Alone is a survival thriller that sets its sights on elucidating the perils women face in a society full of predators that can emerge from anywhere at any time. Though the film’s intentions may be admirable, as a narrative there is little on its mind other than presenting a tough scenario with thin characterization.

Traveling alone, a recently widowed writer Jessica (Jules Wilcox), is looking for some peace and quiet to clear her head and finish her book. An odd and perilous road encounter puts her on edge and immediately suspicious of a seemingly friendly stranger (Marc Manchaca) who alarmingly begins turning up everywhere she goes. Eventually he manages to subdue and kidnap her, taking her to a remote cabin in the middle of the woods. Now in the clutches of a mysterious serial killer, Jessica manages to escape the cabin and venture into the woods where she must survive the elements while also being tracked by her captor.

Alone takes an aggressively minimal approach to its survival thriller premise. There are numerous avenues to create a rich tapestry for characterization that would drive a more emotional climax, but Mattias Olsson’s script skims the surface of its potential, digging only slightly deeper at moments. The tiniest nuggets of information we learn about Jessica and her captor serve to keep the audience on the hook, but just barely. The script lacks momentum and so the stretches of Jessica on foot prove to be light on tension and are merely bridges to the next encounter.

Director John Hyams and Olsson pile on the tension early and it is sold incredibly well by Wilcox as she conveys the growing unease of a woman who senses something is off about Manchaca's character (billed simply as, “Man”). Once she's in his grasp though the film seems to care little about giving the audience a stronger connection to her outside of leaning heavily on her husband's death, repeatedly plucking that string. It quickly becomes apparent that the script is relying on that past trauma as a method for endearing Jessica to the viewer while signaling some form of resilience. This tactic comes in a little too late in the film to be fully effective.

Coming fresh of The Outsider, Manchaca certainly has the chops to pull off a menacing killer. He disguises powder-keg anger with a calm, cool and collected demeanor extremely well. Where his performance falters slightly is that of a sleazy killer. At a point of frustration when he’s trying to taunt Jessica, he angrily calls her a “delicious bitch.” The beat, like many in the film, simply doesn’t add to the emotions and tension of the moment. It doesn't detract either, but in many ways the fact that at key points the film fails to hammer home peak instances of action and fear are what hold it back from being memorable.

Manchaca and Wilcox give Alone everything it needs to thrive in their performances, but their tense interactions are too spread out to maintain a true sense of dread. Alone never makes its way out of the woods as sporadic moments of greatness are surrounded by dull stretches light on characterization.

Screened as part of the 2020 Fantasia Film Festival.