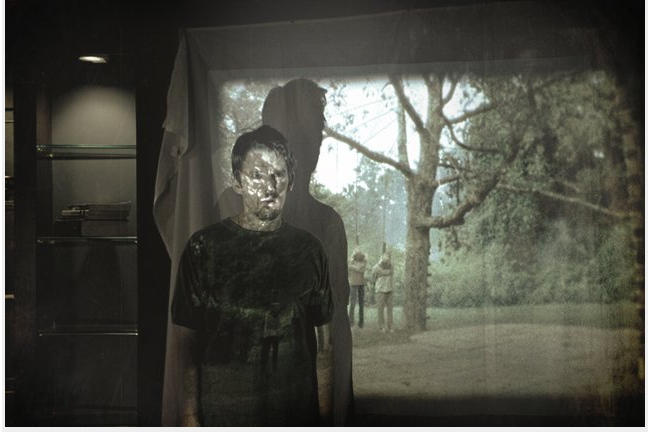 It is the witching time of year and the Halloween season is upon us. Let's take a look at what's haunting theaters this fall...

Date: September 28
Director: Genndy Tartakovsky
Cast: Adam Sandler, Kevin James, Selena Gomez, Andy Samberg
The Skinny: Adam Sandler carries a certain odor of stink currently after his recent string of cinematic abortions like "Jack & Jill" and "That's My Boy". Though the trailers for this animated romp have been somewhat promising. It's a simple concept that throws a lot of the elements from "Monsters Inc." in with more classical monsters you're familiar with. So with trepidation it's being anticipated.

8. The ABCs of Death

Date: November 2
Director: Compilation of 26 Directors
Cast: Various
The Skinny: This is a new project compiling various short films submitted from across the country that have been compiled into a 26 count reel. Loosely defined as a film, but it has an engaging trailer and there's bound to be some real passion in a few of these films.

Date: October 26
Director: Michael J. Bassett
Cast: Sean Bean, Carrie-Anne Moss, Kit Harrington, Radha Mitchell
The Skinny: Part of me is very optimistic about this film. There's some great visuals in the trailer, the cast is strong, and the setting was wonderfully terrifying last time around. But I can't shake this overwhelming sense of dread that this film will collapse in upon itself. Cynical anticipation in overdrive.

6. House at the End of the Street

Date: September 21
Director: Mark Tonderai
Cast: Jennifer Lawrence (No one else matters)
The Skinny: Louisville native Jennifer Lawrence stars in her follow up to the blockbuster film "The Hunger Games". #HATES, as it's being promoted online, is holding back most of its cards in the trailers and relying heavily on JLaw's star power to carry the marketing. This is good and bad because I'm curious about the mystery, but also find the previews remarkably generic. Without Lawrence it's clear this film would be struggling for placement, but thankfully they've got a star.

Date: October 19
Director: Henry Joost, Ariel Schulman
Cast: Katie Featherston, Kathryn Newton, Matt Shively
The Skinny: The plot is under wraps for now, but any PA franchise fan can make an educated guess as to the direction this movie will go. Little bit of expanded mythos, dash of new camera tricks, potentially new malevolent spirit to harass and maim our protagonists. Though through it all, I have no doubt I'll be entertained and leave getting my money's worth.

Date: October 5
Director: David Bruckner, Glenn McQuaid, Joe Swanberg, Ti West, Adam Wingard, Radio SIlence
Cast: Various
The Skinny: The ultra hyped indie finally makes its way to the big screen in a limited theatrical release. "V/H/S" looks to be a great entry into the anthology horror database; even if the trailers have so egregiously spoiled many of the film's key moments. Most likely a must see for any horror fan with access.

Date: September 21
Director: Pete Travis
Cast: Karl Urban, Lena Headey, Olivia Thirlby
The Skinny: Full disclosure, this ranking is strongly based upon the already feverishly positive reviews coming out about this reboot. I cannot express my excitement with this film enough. So much potential and such a great premise to reintroduce Dredd to the world. Add in the ideal casting of Karl Urban as Judge Dredd and you have a recipe for an action classic.

Date: October 5
Director: Tim Burton
Cast: Martin Landau, Christopher Lee, Martin Short
The Skinny: I undersold "ParaNorman" this summer and don't aim to do it again with "Frankenweenie". Another one to add to Burton's list of fantastic films, particularly his animated ouvre. Not much more to say other than I'm eagerly anticipating this Frankenstein adaptation.

Date: October 12
Director: Scott Derrickson
Cast: Ethan Hawke, Vincent D'Onofrio, James Ransone, Clare Foley
The Skinny: I say this in earnest: Don't watch the trailer for "Sinister". Simply go see this movie. I'm firmly endorsing this film without any hesitation based on the phenomenal trailers I've seen so far. Though I'm also a victim of marketing yet again as some truly wonderful scares have been spoiled in the trailer. "Sinister" could be this years "Insidious", and that's a great thought.