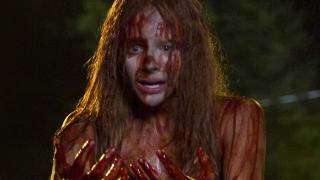 People have gone gaga for the African zombie flick "The Dead" and while I haven't seen it and I've been pretty tuckered out so I haven't even watched the trailer I want you to know that I am really excited about the sequel being announced. The sequel is slated for a February kick off and the filmmakers have confirmed they want it to blow the first flick out of the water. Wouldn't it be hilarious if they just came out and said they're doing this for money and they don't give a rat's ass if the film is good or not?

I kind of forgot about "Sin City: A Dame to Kill For" and that it was actually happening but it is and today we've got word that Jaime King and Jamie Chung have both been confirmed for the flick. King will play the twin sister of Goldie, the little hooker that could from the original flick and Chung will play that girl who I lean over and ask my wife if she was on The Real World. Spoiler alert, she was.

It looks like a sequel to the "Fright Night" remake may actually happen despite the flick pretty much crapping the bed at the box office. Apparently there's an unnamed small production company that may want to pick it up and spin the film off into its own brand. What the hell that means I don't really know but I'm guessing we're looking at direct to video nonsense so most likely nothing good will come from this. Of course this is just a rumor so it could be BS. Like that one that got started when I was in High School that I tried to make love to a tape recorder. Don't judge.

Chloë Sevigny, who freaks me the 'eff out, has been cast in the new A&E Drama "Those Who Kill" about a cop partnered with a forensic profiler who specializes in serial killers. The show is a US adaptation of a Danish show and is based on the books of Elsebeth Egholm. I don't know who she is but that G in her last name kind of makes me uncomfortable too.