Attention producers of "The River", you're doing it wrong

When "The River" was announced, I was cautiously optimistic. As I've written in the past, I personally love found footage/first person horror, so I was intrigued by the idea of a weekly found footage horror show. I was cautiously optimistic however, as I could certainly see the show having difficulties keeping the found footage formula fresh week after week. Now that the first two episodes have aired, I think it's safe to say that "The River" is doing it wrong. 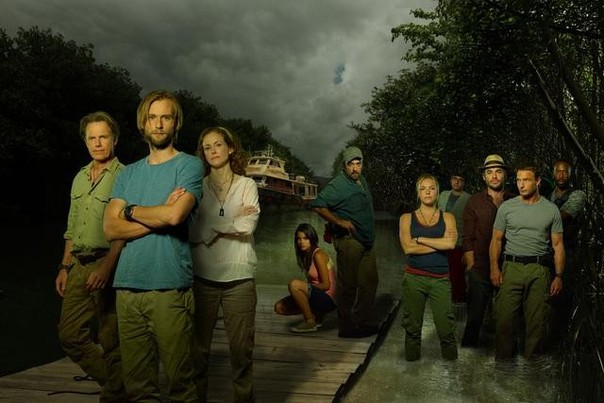 Saying that "The River" is a found footage show is a bit of a stretch. The show itself follows the filming of a reality show focused on an expedition to find a missing and presumed dead Jacques Cousteau-esque nature documentarian on the Amazon. As such, it feels much more like a reality show. The footage has been edited together from multiple cameras, non-diagetic music has been added and there are interstitial inserts at certain points in each episode. While these elements all make the show far more palatable to mainstream television audiences, they all detract from the found footage style, making it feel like a tacked on gimmick. Worse yet, this reality show feel clashes stylistically with the whole concept of this being a horror show.

As the story behind most found footage films is that this is raw, unedited footage being shown without any augmentation, the film makers can usually get away with including some stuff that would otherwise be cut if the work was being presented as a finished whole. As soon as there are any indications of conscious intervention or editing, the question of "why is this included" suddenly becomes valid. Case in point, a scene near the beginning of the pilot episode where the wife and son of the missing documentarian are debating whether or not to participate in the reality show searching for their missing husband/father. If this was just raw footage, I still might question why someone was filming it, but I certainly wouldn't be asking why the hell this scene would be included. I'd also overlook all the red herrings and fake outs, but now because editing has been introduced, they exist in the world of this show for a reason. And that reason's just not clear. It makes this show feel like the exact thing people were worried about when it was announced; an hour and a half long film that's been inexplicably stretched out to weekly television show.

Equally as important is what's not included. Despite the show happening on a boat that's been lost on the Amazon, apparently every inch of it is covered by a camera. Given the numerous establishing shots and sequences following a character walking from one end of the boat to another via various camera angles, it quickly becomes clear that there are no places on this boat for anything to hide. During the night time sequences, it's even established that some of these cameras have night vision. Yet, the monster's never caught on camera. Even though it rips through the heart of the boat to get to the surface, none of these cameras got a clear picture of it? Even with the night vision? And no one on the boat ever thought to go back and check the footage to try to figure out what the hell is happening? Really? "Paranormal Acivity" worked as they never caught the monster on film. They caught it on film here. The editors just chose not to show it. And what editor for a reality show would chose to not include footage of a river monster? It just doesn't make any sense.

The most inexcusable aspect is how this ridiculous amount of cameras kill any and all tension before it can even begin to develop. Going back to that scene when the monster first escapes from the "safe room", we immediately follow the monster up and out the boat and watch it flee to the river. What's the purpose of this? If these shots weren't included, the viewer would have no idea where the hell the monster was. Every time a character turned a corner or walked into a dark room, there'd be suspense as it could be lurking anywhere. But no, we watch it run outside and dive into the river. No suspense for us until anyone's on the deck and by the railings and even then the dozens of cameras have caught it stirring, so we know it's coming.

It's still early in it's run, so maybe the producers figured this out later down the line and started to make corrections. "The River" is still promising and has enough going for it to keep me tuning in for a least a little longer, but as of right now, I can't help but think they're doing this wrong.