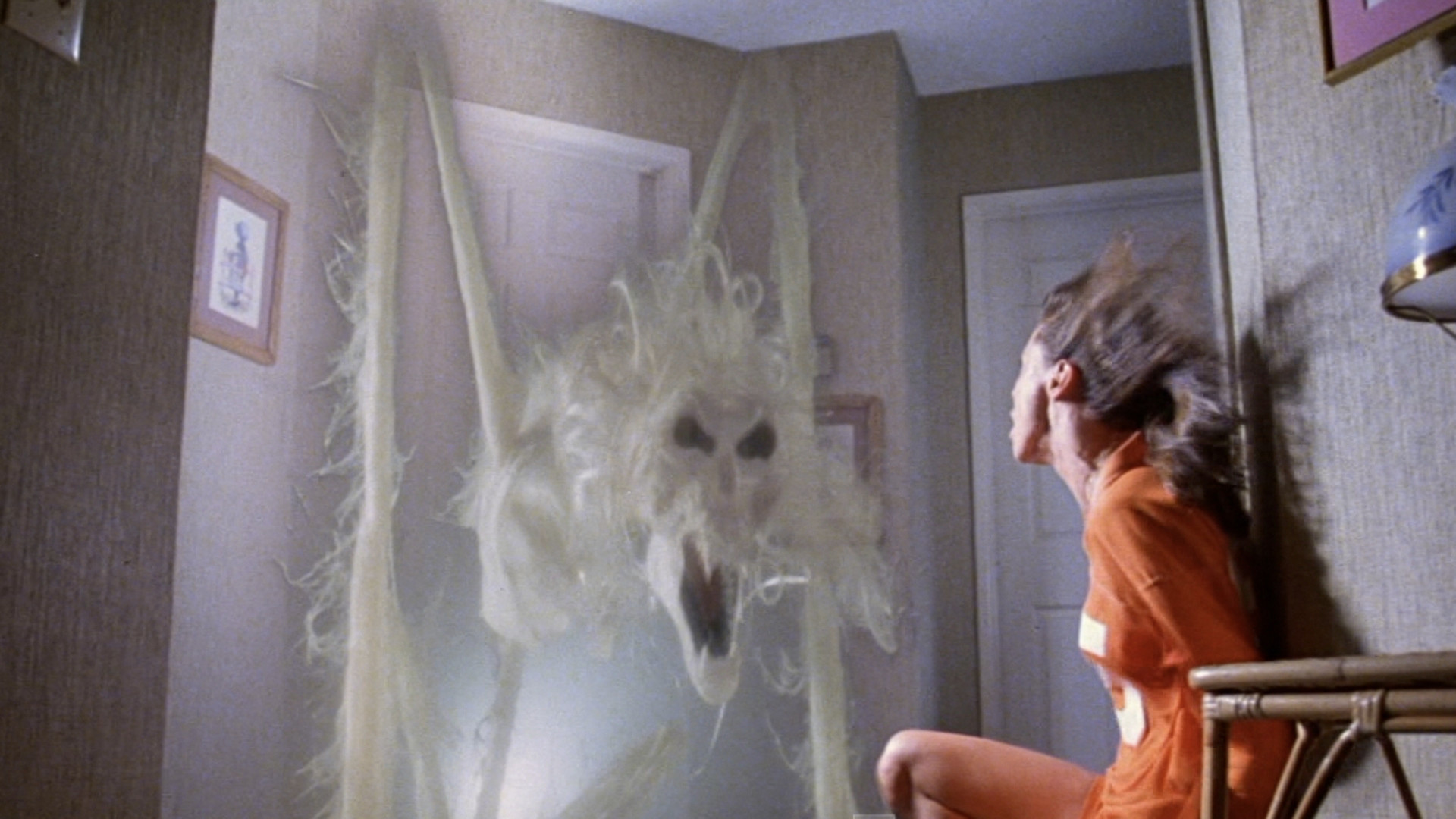 I became familiar with the idea of the horror genre having a bit of a community built around it at an early age.  I'm certain that this existed in other fandoms back in the early 80's as well, but for me, it was certainly there in the horror community.  Over time, some friends have come and gone and the rituals have changed, but I still always find myself drawn to like minded people.  It just happens, kind of like radar.

The earliest notion I had of horror fans sticking together above others was somewhere back around 1987.  I was a young teenager by that point, but my options were open and I was full swing into exploring horror movies at every chance I got.  It was a day like any other where I had gone to The Video Place with my step-dad, the very one I mentioned here earlier in the month.  (It was a really special place!)  By this point in my brief history, we were regulars to the rental shop, so we were well known to the staff.  In general though, we got a wave and a smile with a polite "how ya doin'?" and not much else.

On this special day, we had walked in and there was a younger guy working the counter.  I'd seen him there many a time, but never spoke to him.  He was probably around 20 if I had to take a guess from my hazy memory, so there wasn't much in common between the two of us.  Not much in common, except for the fact that he had rung out our tapes many a time, so apparently my viewing habits must have stuck.  As we walked in the store that day, the owner did his smile and wave and my step-dad started to wander over to the comedy section.  Myself, I made a B-line for the horror section in the back, as I often did.  As I started across the store, I heard a low voice from behind me with a brief, "Hey kid, come here".  I turned and looked and saw it was the younger clerk and automatically assumed I was in trouble for something.  Perhaps they were going to tell me I was too young to rent the trash I was fond of?

I turned to look at him and he waved me over, so I sullenly made my way.  As I got closer, I saw him reach beneath the counter and pull out a tape.  "You're the one that watches all the horror flicks, aren't you?" he asked.  I blinked in confusion a time or two, unable to process the fact that I wasn't in trouble.

The clerk smiled to me as he slapped the tape on the counter and slid it over.  "Yeah, I thought you were.  Here, we just got this in the other day.  You're going to want to watch it."

That day, this random clerk who's name I never learned, made a connection with me, a silent bond between two aficionados'.  The tape he had given me that day was Night of the Comet and I was excited.  It was a film I'd only heard of once and I'd been dying to lay may hands on it for months.  There was some excitement there too, because this clerk now new me, and hooked me up with something special.  It wasn't much, just a simple VHS rental, but with that little notion, I now felt like I was part of a special crowd, an elite group of horror movie fans that helped each other out when they found something special.

What can I say, I was young.  It was an imrpessionable moment.

Over the years, I continued to find myself drawn to like minded people.  In high school, we'd spend weekends in my friend Noble's dark basement, reading worn out Fango's and watching whatever new flick we could find bootlegged from HBO.  In college, I found myself spending Halloween with friends from marching band at a local Midnight showing of Rocky Horror.  Even my wife and I bonded a bit over Rocky Horror.  (She's makes a pretty fantastic Columbia, let me tell you!)

After college, I found myself with close friends back home, spending Sundays recuperating from a weekend out drinking.  We'd head back to The Video Place, taking advantage of their "5 for $5 for 5 days" deal.  Everybody would get a pick, often the worst looking horror movie we could decide on, then we'd head back to the apartment.  Armed with greasy chinese take out, we'd pour through such classics as Toxic Avenger, Something Wicked This Way Comes and more, all while nursing our hangovers.  It would consume our days.

Later in life, as a became a blogger, I found myself reaching out to other bloggers and podcasts in a effort for networking.  What I found was perhaps the most welcoming group of people I had ever met, all in the confines of a Horror Fan Community.  I made vaulable writing partners, friends I could sit and chat about dumb movies over, the list goes on and on.  In this very community, I managed to meet up with the Brothers Newell here at Bloody Good Horror, and that was damn near nine years ago now.

I've banged the drum on the importance of the horror community earlier in the month, but it bears repeating.  The horror fan community is one of the friendliest and most welcoming you'll find out there.  Just about everybody is out to have a good time and is happy to let everybody else have theirs.

Unless you're Andrew Bryniarski; that guy likes to bust some heads.

I knew my viewing schedule was going to be a little full this weekend, not to mention the mental fatigue I've gotten from some of the crap on my October list.  So, I decided if I was only going to get a few movies in, they were going to be good ones.  Enter Phantasm 1 and 2.  I won't lie, these flicks are amongst my favorite.  The atmosphere is so unique to these flicks, they feel almost alien.  The Tall Man was terrifying as a kid and he's pretty entertaining to watch as an adult.  This first movie still feels like a grand adventure to an extent, and when they make the discovery of The Tall Man's true origins, it was mind blowing and all together chilling when I first saw this in the 80's!

Phantasm II is no slouch either!  It's solid as well, pluse you get James Legros in as Mike for a bit.  You have an awesome weapon building montage as Mike and Reggie Bannister starting inventing their own tools, which was amazing!  If you do not think that Reggie Bannister and his four barrell shot are badass, you need to go look up the definition again.  Beyound that, this film feels special too as they begin to expand the mythos of The Tall Man and the world that these films take place in.  It's very expansive and filled with big ideas.  As they start to hint at the post apocalyptic future with The Tall Man's trail of ghost towns that he's wiped out accross the Pacific North West, it gave me chills the first time out.  That's good story telling.

Finally, we have Poltergeist a flick that is still in my top 10 favorite horror films of all times.  I just love this movie, a lot.  There's some great mythos and story telling here and the acting is all great.  It's suprising how scary this movie was to me as a kid, knowing it was only a PG film!  That's nuts!  To this day, I still have to double check a raw steak before I cook it, just to be sure.

Now, the movie hasn't aged the greatest, but it does pretty well.  Perhaps I have the rose tinted glasses of nostalgia in effect.  I can remember seeing this movie for the first time at around 10 or 11, and watching from beneath a pile of stuffed animals in my parents living room.  It terrified me, and I didn't sleep for a good two or three days afterwards with a fight.  It effected me that much!