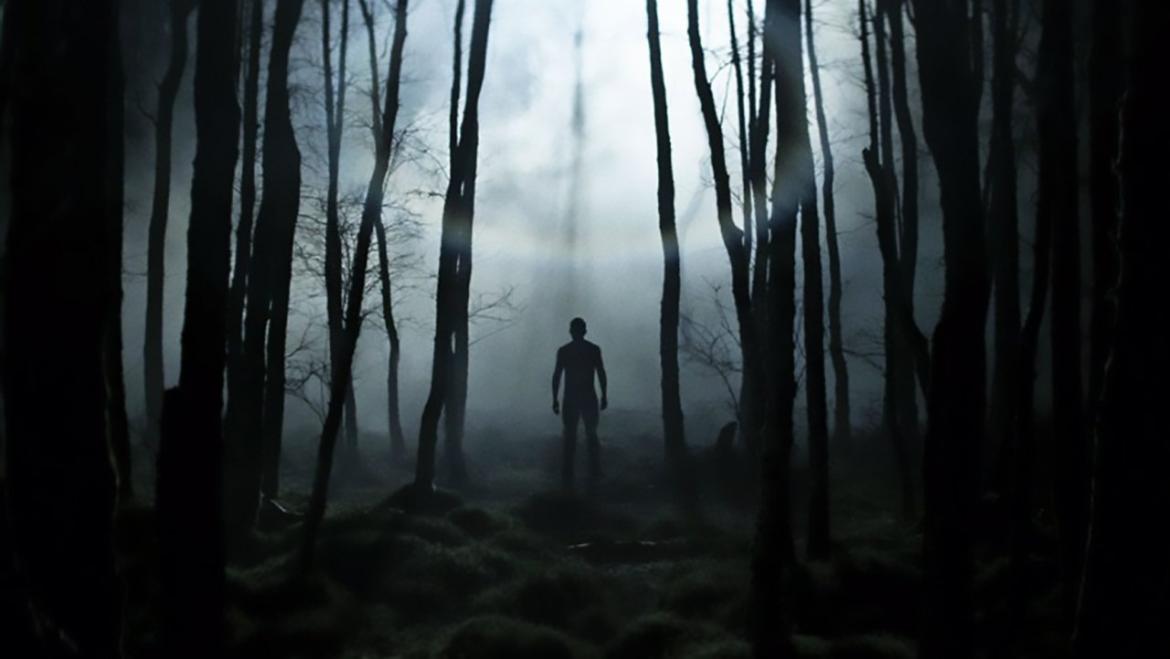 Without Name, an ethereal wisp of Irish arthouse-horror, opens by warning those with epilepsy about the stereoscopic techniques used in the film. This is no doubt necessary as these sequences, particularly the big finish, are difficult to stomach even for someone un-afflicted. Not to make light, but – while warnings are being bandied about – it might have been nice to include something urging viewers to put on a pot of coffee before pressing play. It’s not that Without Name is bad or overly long, but it does mix thoughtful mind-screwery and deliberate pacing in a way bound to weigh heavy on the eyelids of even the most attentive viewers.

Part of the issue stems from the fact that the film is light on the plot and even lighter on the dialogue. Without Name”mostly leans on leading man Alan McKenna to marshal viewers along, often silently, through its mysteries. McKenna plays Eric, a quiet loner of a land surveyor dispatched to assess the suitability of an unnamed wooded patch in the Irish countryside for development. However, the woods have different plans. Soon Eric comes under psychological siege by a mysterious force that resides in the pristine plot and, the closer he comes to understanding his tormentor, the more he falls under its spell.

It’s an intriguing premise and McKenna gives a perfectly understated performance as he tries to make sense of what’s going on around him. Should viewers find their heads slowly lolling forward, the blame belongs to Garret Shanely’s script, which unfolds in a way that is both predictable yet vague. When coupled with the dearth of character depth and dialogue, this ambiguity makes Without Name a hard film with which to connect.

Narrative aside, first time director Lorcan Finnegan creates a visual feast of a movie, lavishing in the wood’s otherworldly-seeming rolling mists and in its brilliant color pallet. He populates this dreamlike world with shadowy, darting spirits to give Without Name a decidedly fantasy-inspired atmosphere. Where Finnegan’s vision goes askew is in the chaotic strobe effects he favors in lieu of actual scares. These sequences are certainly unsettling, but that is achieved in a cut-rate fashion unbecoming of the rest of Finnegan’s work.

Without Name is a beautifully-realized film hampered mostly by a too-nebulous narrative and characters that are mostly hard to care about. As a horror film, all of the ingredients are there, but the scares never materialize. For best results, Without Name should be taken as a dark fantasy and viewed with a caffeine drip.

Abandoned in the Dark