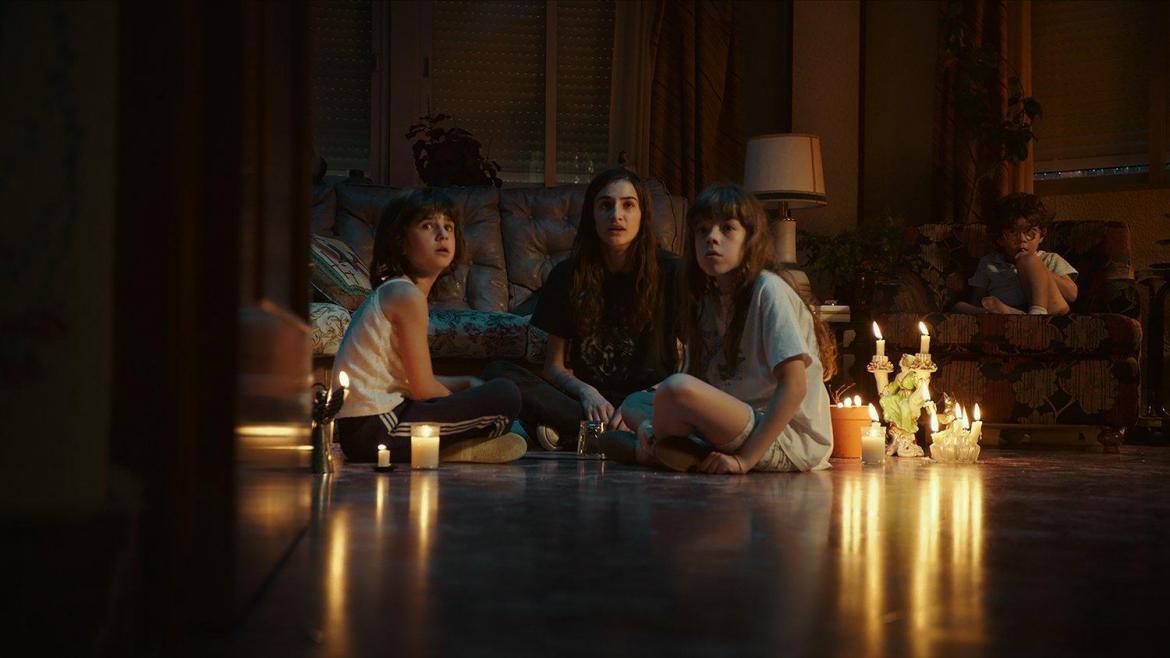 Even without the benefit of a cushy, post-Super Bowl release slot, Veronica, the Spainish tale of supernatural shenanigans released stateside by Netflix, has managed to generate quite a bit of buzz on some corners of the web. Written and directed by Paco Plaza of Rec series fame, the movie takes viewers to Madrid circa 1991 where, after the death of her father, 15-year-old Veronica (Sandra Escacena) plays caretaker to her three younger siblings as her mom works to make ends meet. Longing to speak with her father again, Veronica gathers two friends and an Ouija board and heads to her school’s basement for a séance while the rest of the students and faculty head to the roof to watch an eclipse. As it so often does, this process goes poorly and Veronica ends up with a demonic presence clinging desperately to her, putting not only her and her younger siblings at risk.

As far as on-screen horrors go, Veronica isn’t doing anything we haven’t seen in James Wan’s “Wan-iverse” and its assorted cinematic analogues. Plaza’s film features an assortment of creeping shadows, ghastly visages and there’s even a spooky nun for good measure. Admittedly, these tired gimmicks do work to some degree. Plaza has a deft hand when it comes to crafting tension and this is amplified because Veronica is someone viewers will instantly connect with and care about. Far from being just another teen with an Ouija board, Veronica comes to life as we watch her dutifully yet lovingly wrangle her younger siblings. Escacena delivers a load-bearing, nuanced performance at times kindling just a spark of doubt as to whether Veronica’s demon may have a more, shall we say, local point of origin? This comes through clearest of all during a moving scene where she, a child herself and worn down from the responsibilities placed on her, pleads with her mom to leave work early believing her presence makes the family safer.

Veronica is hardly a bad film, but the hype it has generated is perplexing. The think pieces exploring the purportedly true story behind the film are expected, given the based on a true story selling point. It’s the other headlines, those boasting of how the film is scary enough to have driven many viewers to shut it off well before the end credits roll that are surprising. Instead of something destined to send terrified viewers fleeing to old episodes of The Office for comfort, Veronica is a well-constructed, but ultimately been there, done that horror outing.