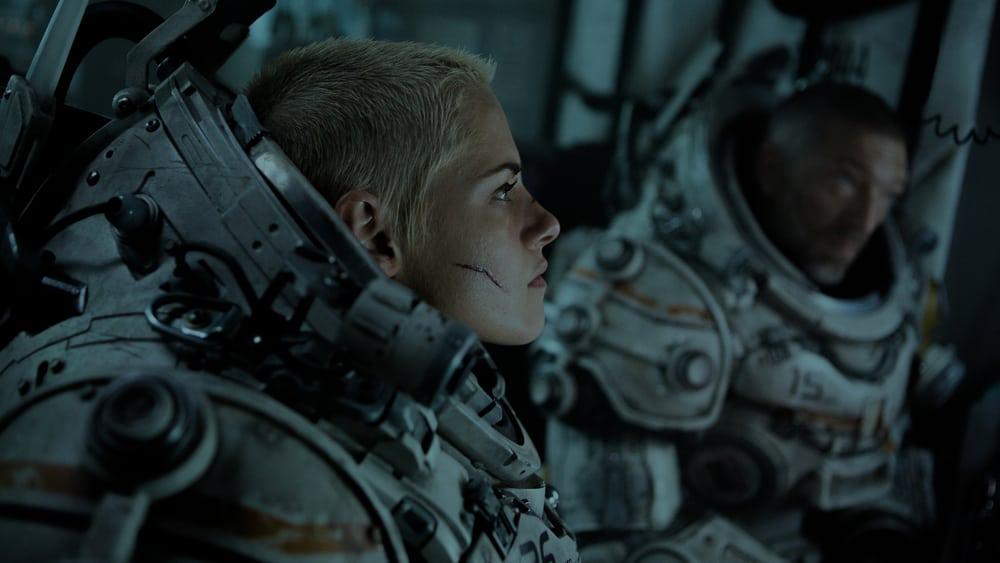 The dark depths of the ocean have long been used in fiction as a terrifying and suffocating abyss of endless nightmares. It’s a mysterious space chock-full of creatures that can maim and tear you apart then eat you. If that doesn't happen you could implode from intense water pressure. Underwater effectively features a little bit of everything you'd want in an aquatic horror film along with Kristen Stewart as a pseudo-Ripley badass.

Light on plot and characterization Underwater kicks off mere minutes after the first frame as a deep sea crew aboard a drilling expedition find themselves scrambling for survival when their station suddenly begins to collapse. Forced to enter the depths to find their way to a neighboring rig they find the elements aren't the only threat as the drilling seems to have awoken a dangerous species of creatures intent on killing (or eating) anything in its territory.

William Eubanks's third feature wears its Alien influences on its sleeve while also feeling like a film once considered as the next installment of the Cloverfield universe. As it's not reinventing the wheel or carrying around lofty intentions many may mistake its simplicity as weakness, while overlooking what's spectacular about it, namely the underwater cinematography and sound design.

Sound is so important to a film like this, and at times it relies a bit too heavily on ear screeching jump scares, but the echoing eeriness of muffled clanks and moans creates a moody atmosphere and builds effective tension as the surrounding wildlife remains nefariously shrouded in the dark. Combined with the underwater photography, Eubank has constructed an authentic horror experience that transports the audience into these open water scenes, clinging to their arm rests just waiting for the horrors lurking in the depths.

With the lack of characterization, it's important for the performances to do the heavy lifting and while no one will be winning any awards for this, the cast is up to the task. It's Stewart who comes away impressing the most in her empowered role. It could, and maybe should, be argued she could accomplish this without having to run around in her underwear when not in the diving suit. Despite this, Stewart’s performance brings a broad spectrum of emotions. She is vulnerable but empathetic, strong, and confident right when she has to be.

In spite of the perceived stigma of PG-13 horror, Underwater finds unique and effective ways for its violence to have an impact. The filmmakers work with your imagination to set up each detail and visually allow the aftermath to linger, which is a testament to the set design and world building.  Aided by the mystery of its tentacled and beautifully rendered antagonists, Underwater is a popcorn creature feature and survival horror flick successfully plunging through the foggy depths of January releases. Built to please audiences wanting an icy thrill ride, Underwater is a wet and wild start to 2020.