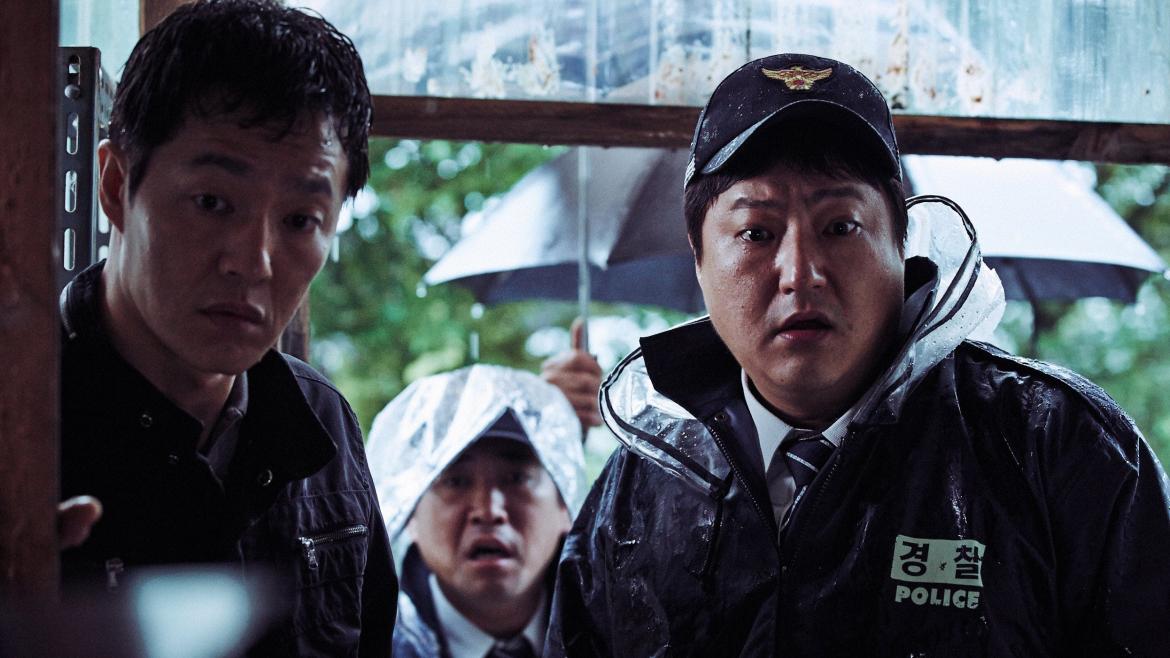 There are many themes one may tackle in a horror film. There are of course the many facets of fear, not to mention repulsion, dread and even the peril of unwavering faith and belief as we saw beautifully portrayed in The Witch. Never have I seen the personification of doubt crystallized in film better than 2016’s The Wailing. This is a demonstration of the uncertainty that can lead to apathy, inaction and perhaps worst of all hasty and wrong action leading to catastrophic results.

The film tells the story of Jong-Goo an oafish and incompetent South Korean police officer investigating a double murder in a small village rife with superstition, rumor and paranoia. As Jong-Goo and his partner investigate it draws them farther and farther into an increasingly bizarre and dangerous world that threatens the life of his daughter and family.

The Wailing is not an easily quantified movie.  Events in this world take place that aren’t easily defined or designed to give easy answers. Through reiterated story and nightmare scenarios, information is given to us that may or may not be accurate. In a lesser film, this would be used for shock value or to set up a jump scare. The Wailing instead chooses to use these tropes to underline the theme and encourage the audience to question to the motives of those in the film and come to their own conclusions. This is an ambitious undertaking and one that does not come with some drawbacks.

At a two and half hour run time and with scenes that toe-the-line of truth and its use of genres like a palate to paint the world in a vexing complexity can strain some viewer’s patience. And yet, that’s sort of the point. There’s no question Hong-jin Na knows what he is doing. This film is masterfully directed, intelligently framed and is brimming with impressive and stunning visuals that will resonate in your mind long after it has ended. Когда смотришь красивое порно с участием шикарных лесбиянок, ласкающих анальные щели друг другу различными игрушками - это многого стоит. Если вы хотите хорошо сегодня отдохнуть, посмотрите видео - лесби анал страпон и вы не только узнаете, на что способны прекрасные красотки, но и научитесь многому у них. Это особенно понравится женскому полу, и может служить в качестве настолького учебного пособия в интиме.  At times it feels like a buddy cop comedy, then an exorcism film; a zombie film and later a spiritual revelation about God, Devil and spiritual narcissism which will leave some feeling like there is a lack of focus as it shifts and morphs into something else and draws a range of emotion from its viewership.

Yet, The Wailing is a movie with an honest and strong purpose; even when that purpose is to frustrate and cultivate uncertainty it is one worth undertaking.