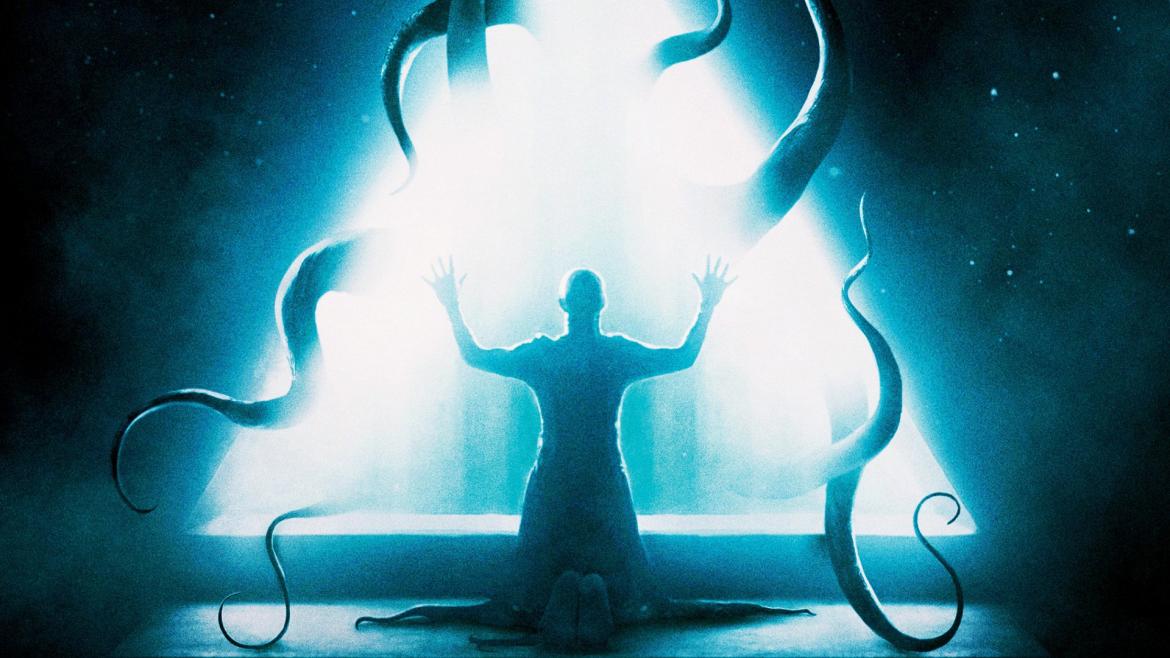 Can yet another love letter to the 1980s still prove to be original and frightening?

A small-town sheriff’s deputy (Aaron Poole) finds what appears to be a drunk man on the side of the road and takes him to the nearest hospital, which was damaged by fire and is operating with a skeleton crew while a new hospital is being readied. Once inside, Deputy Carter discovers that the “drunk” is afflicted with something far more sinister than the effects of too much alcohol. Throw in some spooky hooded figures, a doctor turned mad scientist, and some solid practical makeup work, and you have all the makings of one of the best horror films of 2017 so far.

Co-directors Jeremy Gillespie and Steven Kostanski have previously done art direction, makeup, and special effects work on films such as Pacific Rim, Crimson Peak, Suicide Squad, and the upcoming big screen adaptation of Stephen King’s It. As a result, there is an appropriate level of squirmy, gooey creature work on display at times during the film. What harms it a bit is that Gillespie and Kostanski don’t quite have the budget to create the type of imagery evident in masterworks like The Thing and Hellraiser, which were obvious influences. The two wisely make excellent use of shadows and darkness to obscure much of the gore to not let too many of the seams show.

Everything about The Void is solid if not spectacular. In addition to the blood and guts which are sure to please fans of old school horror, the acting is very good across the board. And there is a real sense of dread and scenes of genuine terror peppered throughout. While this is an homage in many ways to the days of video store frightfests, it’s not a spoof; this is one of the scarier releases in the last few years.

It’s best to go into The Void knowing as little as possible in order to let the mysteries contained within unfold unadulterated. Though it never quite reaches the heights of the classics it honors - mainly due to budgetary constraints - there’s plenty here for folks who wore out their Carpenter VHS tapes to sink their teeth into. It’s a true meta-free horror film without jump scares that is derivative, imaginative, and original all at once.