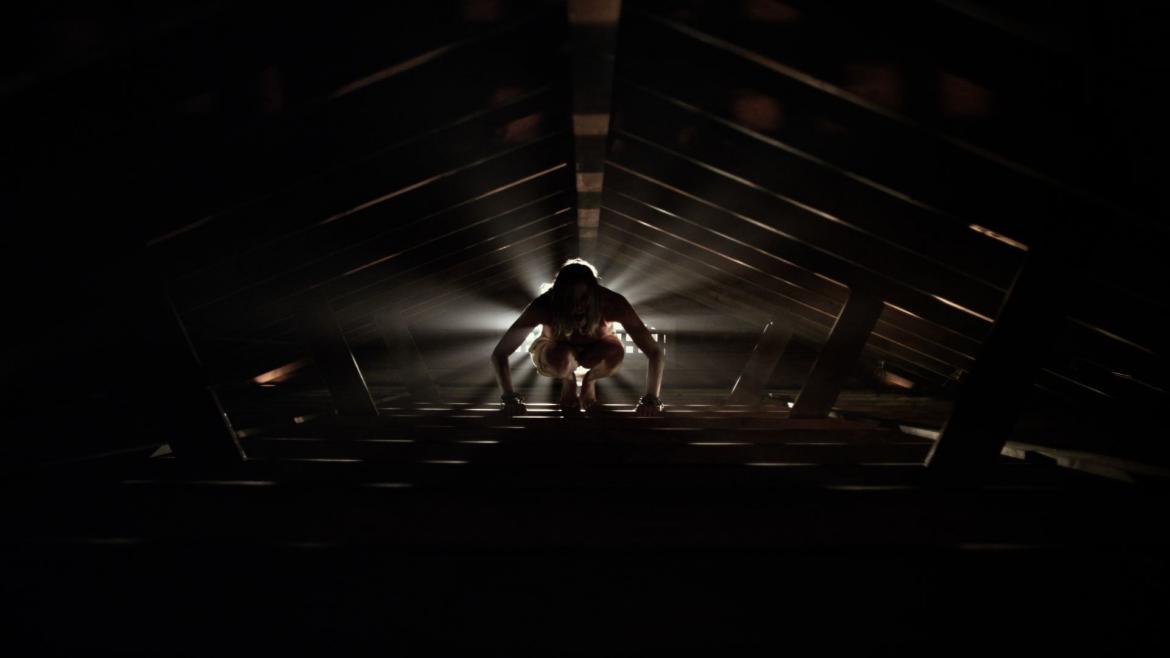 Religion in general has been used to terrorize the masses since some of the very first horror films; And as we all know, exorcism films are a dime a dozen. Even films that tend to regurgutate tropes and plots, if done well, can still be entertaining. Unfortunately, The Vatican Tapes is not a film that can be included in that category.

The Vatican Tapes revolves around Angela, (Olivia Taylor Dudley) as she coindidentally becomes possessed after she writes an article about the possibility of whether Satan and The AntiChrist could be one in the same. After throwing her a surprise birthday party, Angela, her boyfriend (John Patrick Amedori) and her father (Dougray Scott) are all involved in a carwreck that puts her into a coma. Upon clinging to life, even after having the plug pulled on her, Angela becomes increasingly bizarre and violent. Heeding the advice of the priest and veteran, Father Lozano (Michael Pena) who hangs out at the hospital just waiting around to give people their last rites, Angela is sent to an institution to be observed and cured. While at the institution, Angela instigate enough terror to be kicked out and sent home. Again at the advice of Father Lozano, an exorcist is brought in to perform the ritual - though it does not go as well as planned for those involved.

The Vatican Tapes is a bit of a misnomer - the film follows the subject of a tape sent to the Vatican to be investigated as a possesesion case. Fortunately, or maybe unfortunately in this case, the film is not found footage. The only real mention of the Vatican or video taped evidence of exorcisms is at the beginning and the conclusion of the film - as a bit of a stiffly diaglogued cap. The "tape" aspect of the film could have been really interesting and disturbing, yet it isn't really even discussed what the Vatican does in such situations or how it has been handled in the past. Though the film is carried by credible actors, the performances are dry and phoned in, there is no real connection to any of the characters. Even Michael Pena, who is fun and entertaining in films - falls flat and seems out of place in a self serious film. Not only does the film lack in performance, it fails to deliver in the creeps and disturbing bodily horror genre fans come to expect in such films. Any focus given to Angela and the demon possessing her is elementary and unoriginal, the film even falters in imitating what has already been done well. The only interesting aspect of The Vatican Tapes is the found at the end of the film, where Angela's character is fully immersed in her new found calling in life.

However, the The Vatican Tapes just doesn't deliver a fresh take, nor even nor even a successful remake of anything that has been done before. The film shouldn't be avoided like the plague, but it is still probably best to cleanse yourself of its existence if you find yourself watching it.