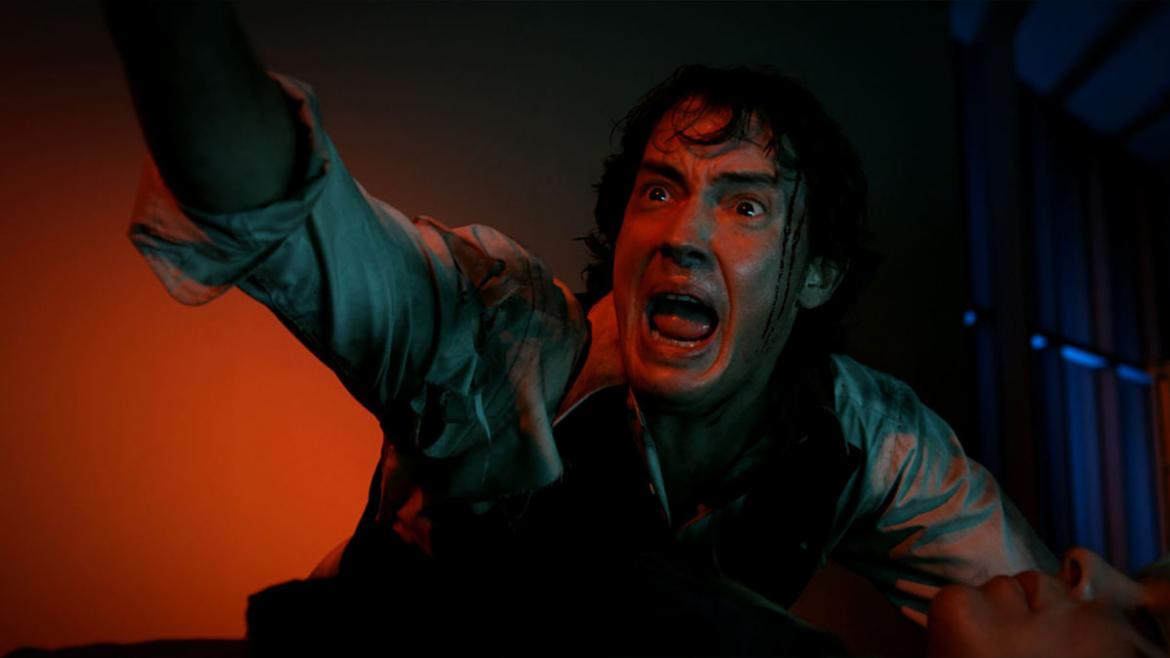 More and more I am finding much to love in the DTV and SyFy Channel type movie circuit. You know the ones I mean (and if you don’t what are you doing reading at this site, amirite? I kid, of course.). If I see a DVD cover with a little icon in one of the corners that says “Man-Eater Series” or something along those lines I am immediately sold. For our particular time and place these films are perhaps the closest thing we can get to the “Gindhouse” of years gone by. For me, the attempts of Eli Roth, Robert Rodriguez, and Quentin Tarantino to recreate a specific historically grounded B/C-movie going experience while “fun” in the best sense and occasionally enlightening also undercut what makes those types of movies so provocative and engaging. Rather than letting the “errors” and “mistakes” breath on their own these novel accidental moments become part of a highly structured, computer enhanced film world that makes what was once tasteless, palpable for the masses (well, not all of us, but you get the point). Admittedly I do enjoy much of what these filmmakers bring to cinemas but the glossy precision with which they create imperfections speaks more of nostalgia than of anything particularly original and curious, merely mimicking what made those films so “great.”

Seriously the fake scratches in the “film” is becoming a cliché all its own. I mean, when “Jersey Shore” looks like your movies its time to rethink some things.

So when I come across films like George Mendeluk’s DTV “The Terror Experiment” I try to approach the viewing experience with a different set of criteria than what I would apply to something substantially bankrolled and widely distributed. I don’t mean to say glaring missteps in narrative, questionable representations, or poorly executed technical work get a pass. Rather, what I like to look for in these films is how cleverly the filmmakers can get around their own financial restrictions, embrace limited scales, and tell a usually deeply generic story (not meant to be derogatory) in an interesting way. Unfortunately “The Terror Experiment” typifies much of what can go wrong in these types of movies. Lacking any sense of urgency, poorly plotted, and flatly photographed/recorded, the film is awash in unintentionally funny moments of barely working actors cashing some checks.

Set almost entirely in a nondescript “Federal Building”, “The Terror Experiment” details the events of a single evening following a right-wing extremist terrorist bombing. During the attack, a classified biological weapon is released in the building turning most of the building’s inhabitants into rage filled “zombies.” Only our standard array of crisis/disaster movie participants is capable of surviving such a catastrophe! Cale (Jason London) is our divorced dad-cum-hero figure who works as an upper-level IT man in the building. We are supposed to assume his character arc steams form the fact he is “less of a man” because he doesn’t have a violent military job. This is something that gets introduced in the third act as a throwaway line mind you. Along his side is a female Private Investigator named Mandy (Alicia Leigh Willis) who is presumably in the building for a job interview but really is just there so screenwriter D. Todd Dekken could have a female romantic interest for Cale. Rounding out the group is smarmy young asshole guy, annoying fat man, black guy, black girl, and exposition tossing scientist. Yep. Then we have the tough guys outside including the Fire/Police Chief Grasso (C. Thomas Howell)—apparently they are the same job—who won’t play ball with thuggish Federal Agent Wilson (Judd Nelson) who is perhaps the most inane cover-up man ever to grace video.

The film is tasteless in all the wrong ways, following back on some trite ideas regarding heroism and gender while tossing off-color conspiracy theories about 9/11. When an infected woman attacks a pair of rescue workers in HAZ-Mat suits we hear one of the men scream over the radio “Some psycho woman’s on a rampage.” Then, without even the slightest hint of irony the same character states, “Repeat, some psycho woman on a rampage” while we watch her stab him with a high-heel. It’s the kind of situation that could have proved to be a darkly comic piece of satire regarding masculine perceptions of femininity but ends up being plainly misogynist. This is further echoed when another character’s infected wife is killed and he responds, “It’s alright. She was already dead.” Admittedly the moment is in reference to the fact she was infected but the ways in which the wife is presented to us throughout the earlier acts frames the moment as something of a bitter catharsis for the man.

The breaks of logic and suspension of disbelief for the most part result in some rather hilarious encounters. For example, after the outbreak a scientist states that the buildings other inhabitants are “infected”. But it takes the ENTIRE group of survivors about 15 minutes of conversation before asking what exactly the others are infected with. I could go on but this is the one aspect of the film I am inclined not to spoil as it provides the greatest amount of entertainment. Seriously, I watched this by myself and I screamed at the scream more than I have any movie in a long time.

A good part of me wanted to pretend that “The Terror Experiment” had the deck stacked against it. A DTV zombie-disaster movie in an already oversaturated market? Yikes. Surely the underdog actors involved were ready to make a more graceful reemergence into the film world. But alas, I have been Mendeluk-ed. Part zombie/infected film, part disaster movie, part conspiracy thriller, “The Terror Experiment” pretends to be many things and in doing so spreads itself too thin for us to remember anything about it. See it with some drunk friends if at all, ya heard?